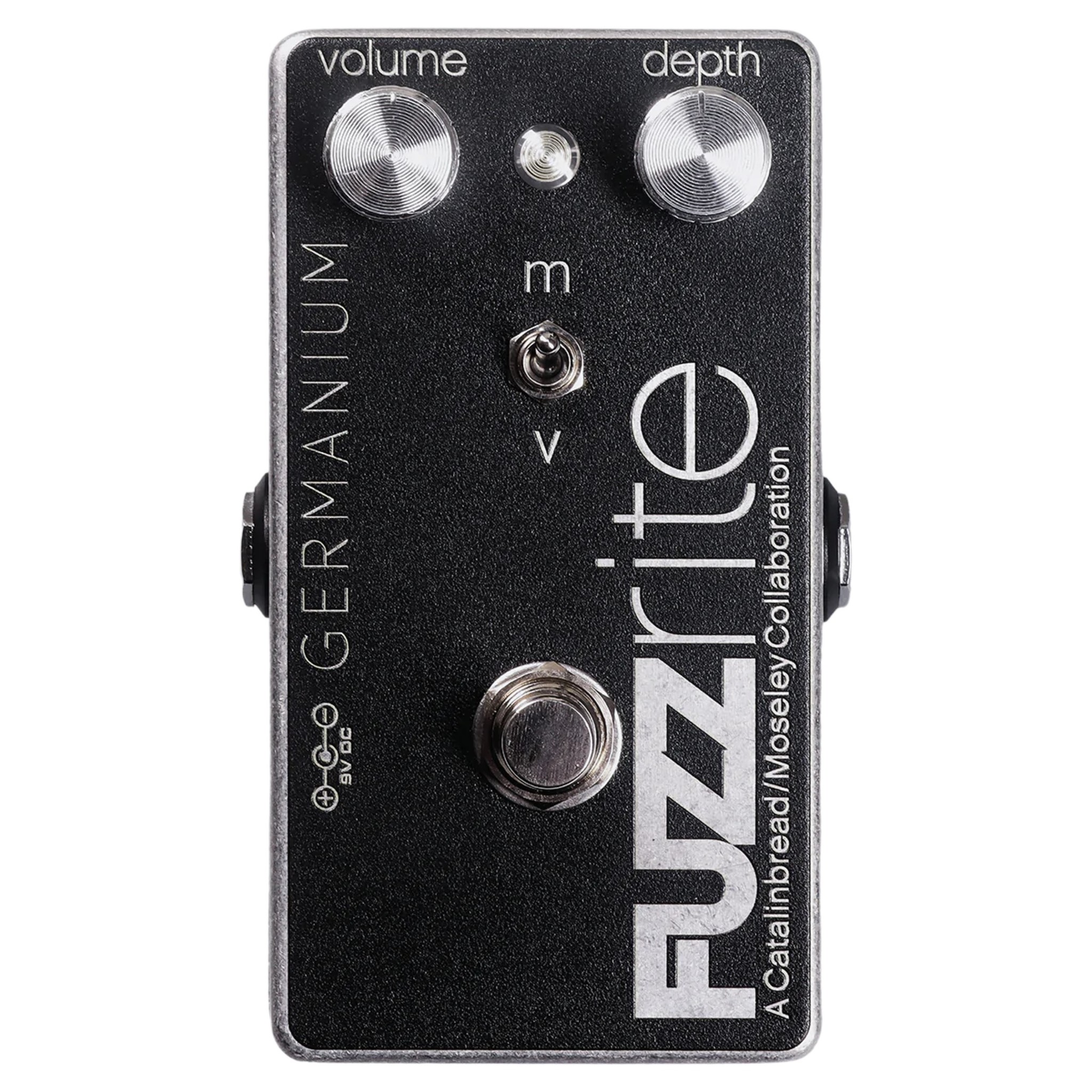 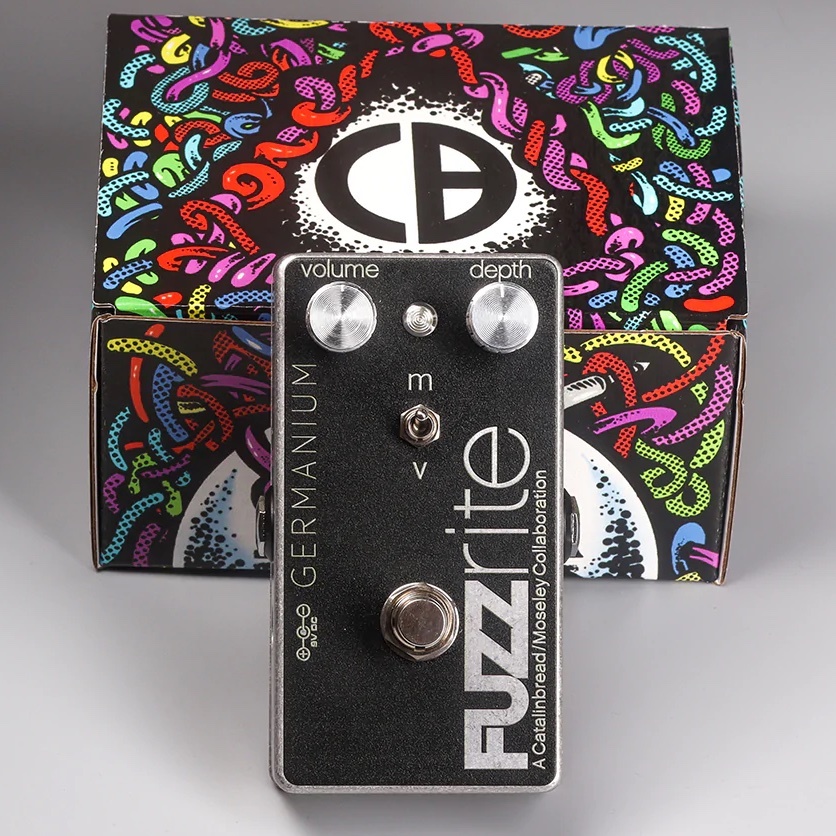 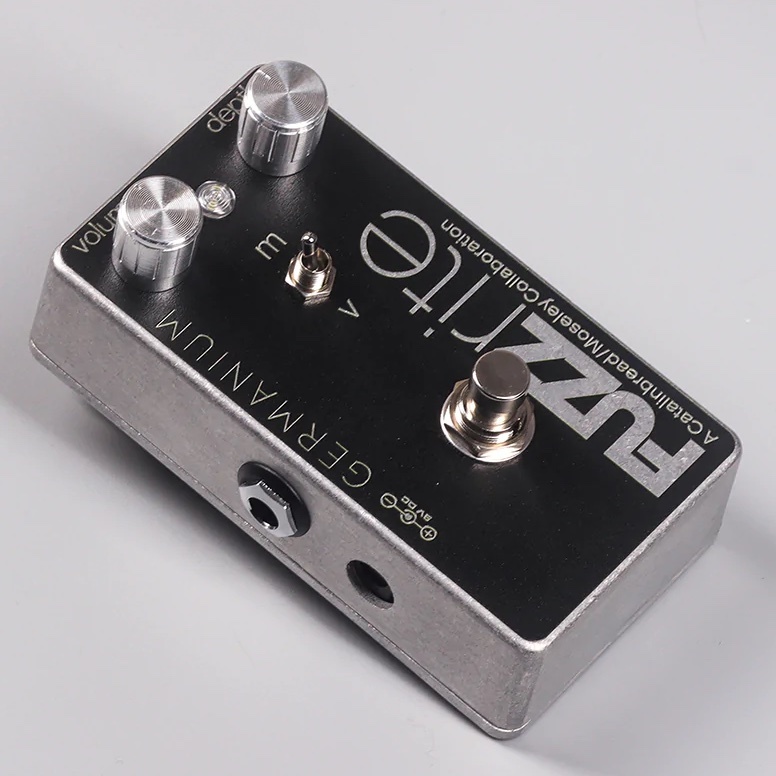 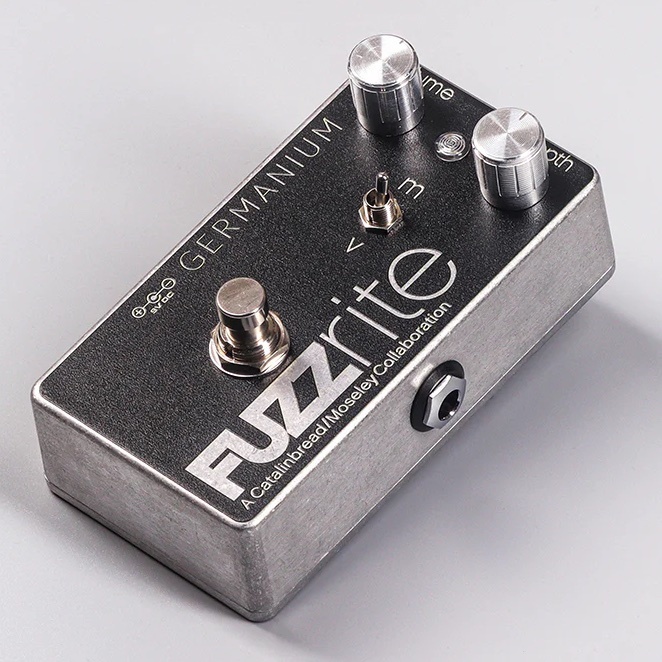 From the years of 1966 to 1968, Mosrite produced two distinct fuzz circuits---one outfitted with silicon transistors, the other with germanium parts. Of the two, the germanium version is by far the most rare, with original designer and Mosrite employee Ed Sanner estimating that around 250 ever made it out the door. In that final year of production, Mosrite shifted exclusively to silicon parts, making germanium components a thing of the past. However, by 1968 the public was hungry for fuzz, having heard it on a handful of recordings, most notably "In-A-Gadda-Da-Vida" by Iron Butterfly and "Incense and Peppermints" by Strawberry Alarm Clock. These two buzzy, sinewy fuzz tones were part of a wave of psychedelic rock gaining traction in the mainstream, and both were recorded prior to the introduction of the silicon Fuzzrite. Other purported users of this early Fuzzrite circuit include Ron Asheton of the Stooges, Norman Greenbaum on "Spirit in the Sky", Henry Vestine of Canned Heat, and many others. We at Catalinbread happen to have a germanium version at our disposal, and we've used it as a benchmark to create an extremely faithful version with a modern twist. Just like the original, the Catalinbread Fuzzrite Germanium includes two NOS PNP germanium semiconductors with a polarity inverter IC so it plays nice with all forms of power. Unlike the original, we've added a toggle switch to shift into modern mode, significantly beefing up the low-end content to suit more contemporary rigs.