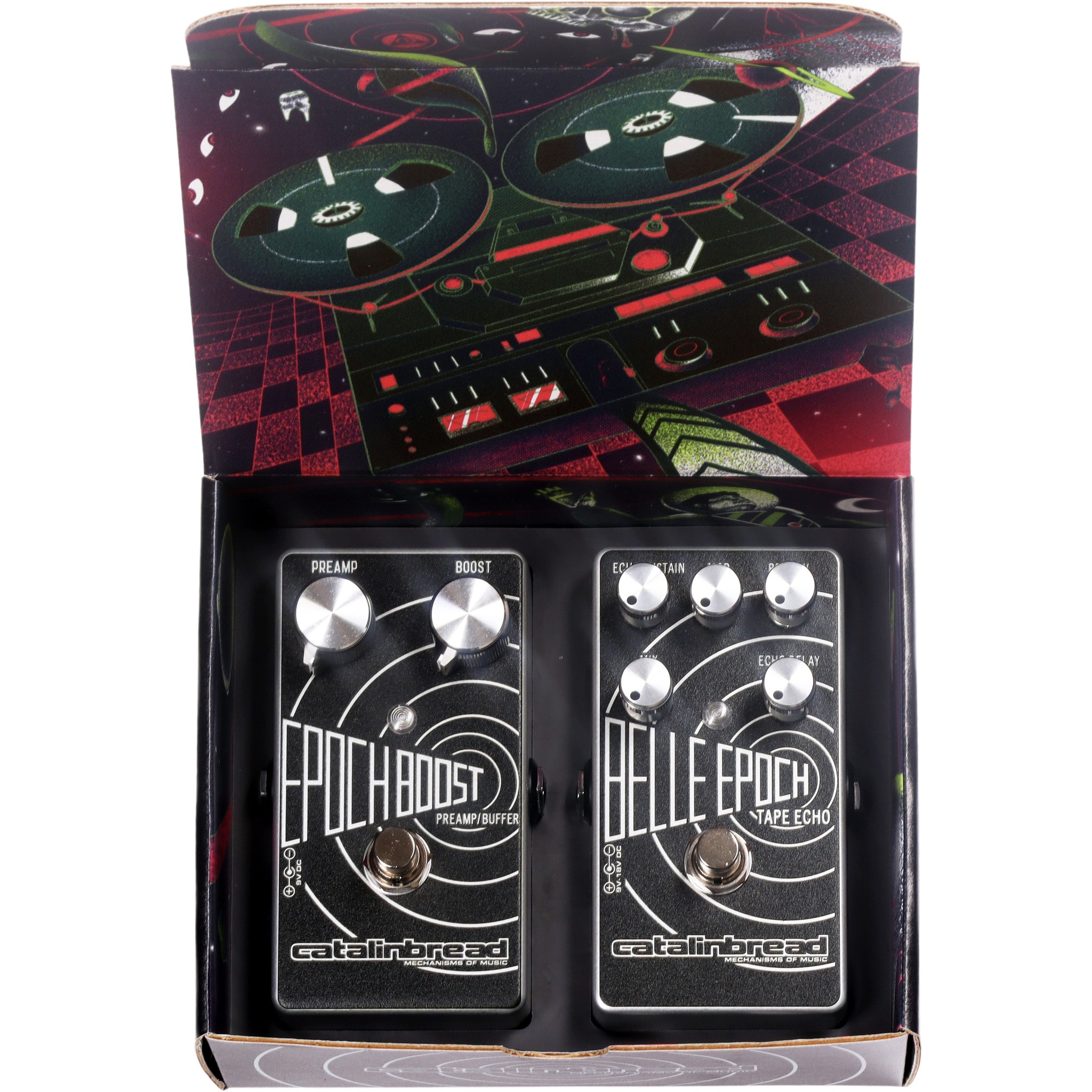 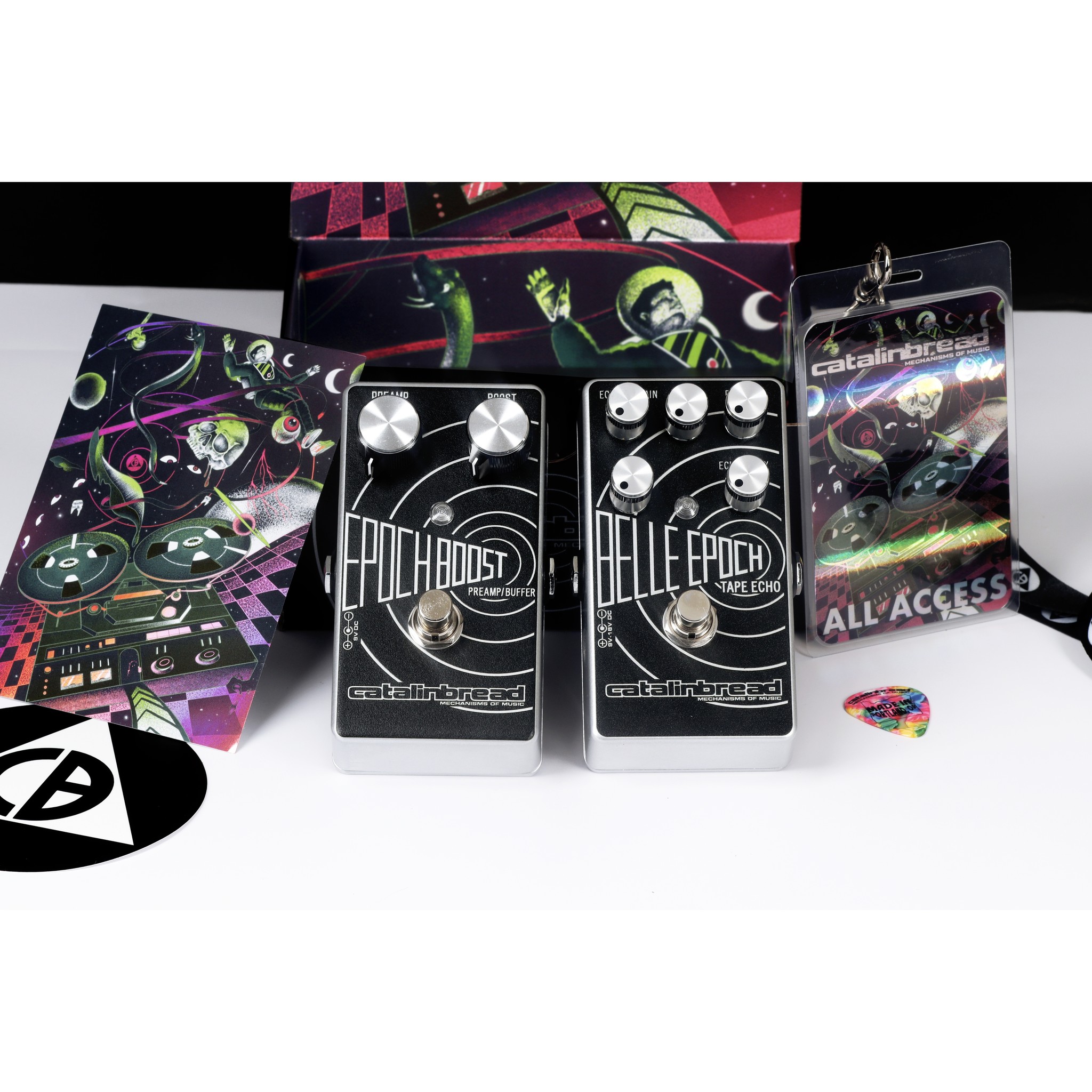 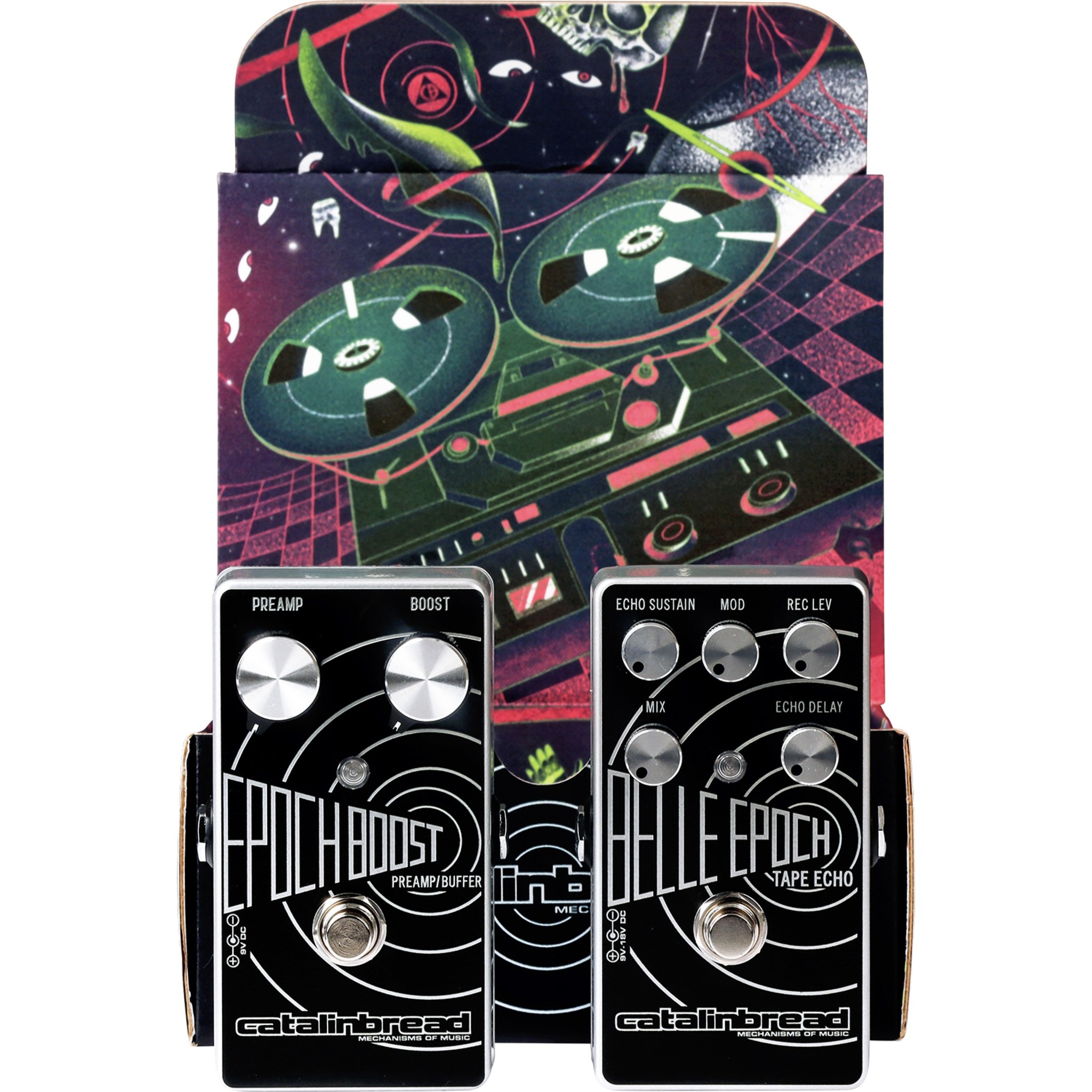 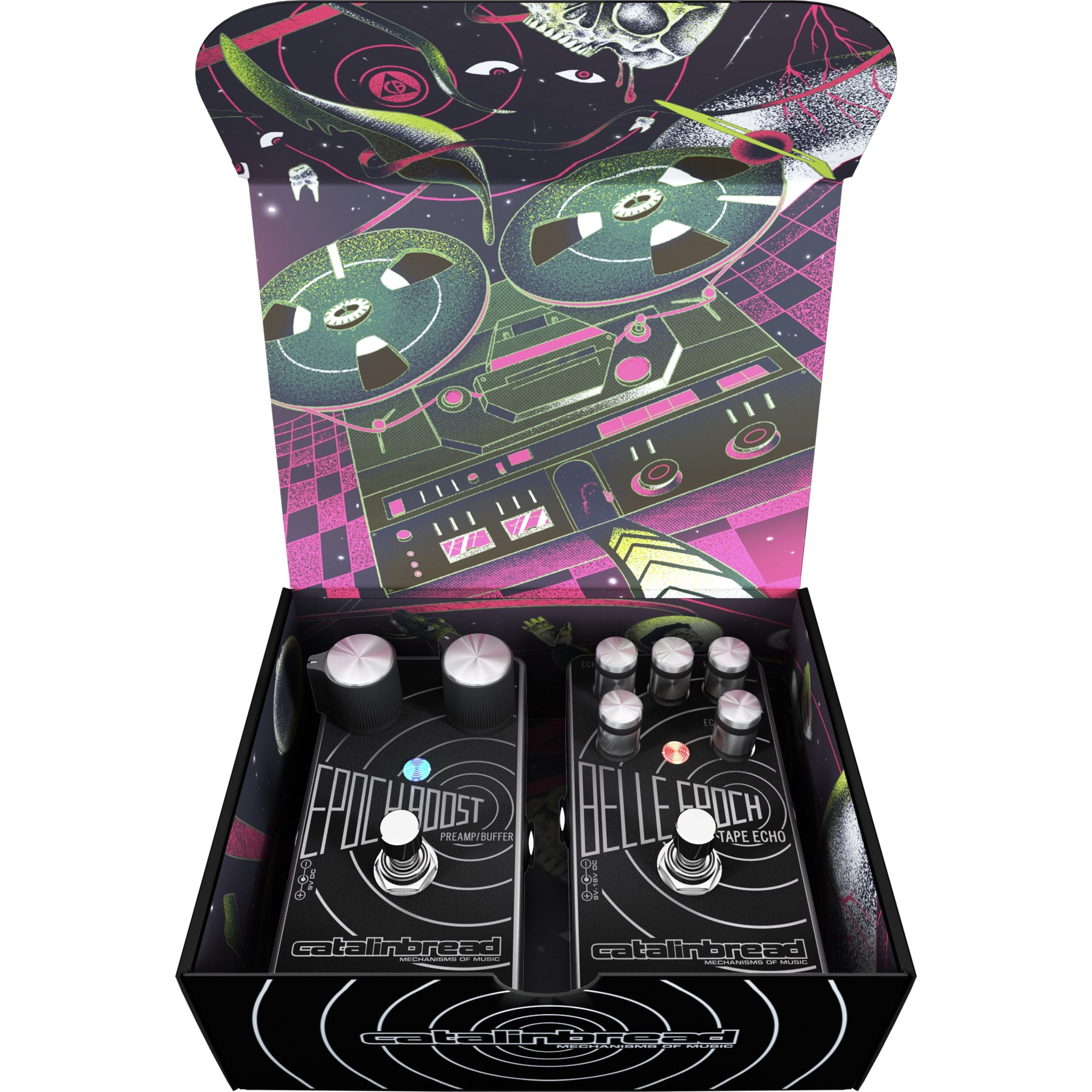 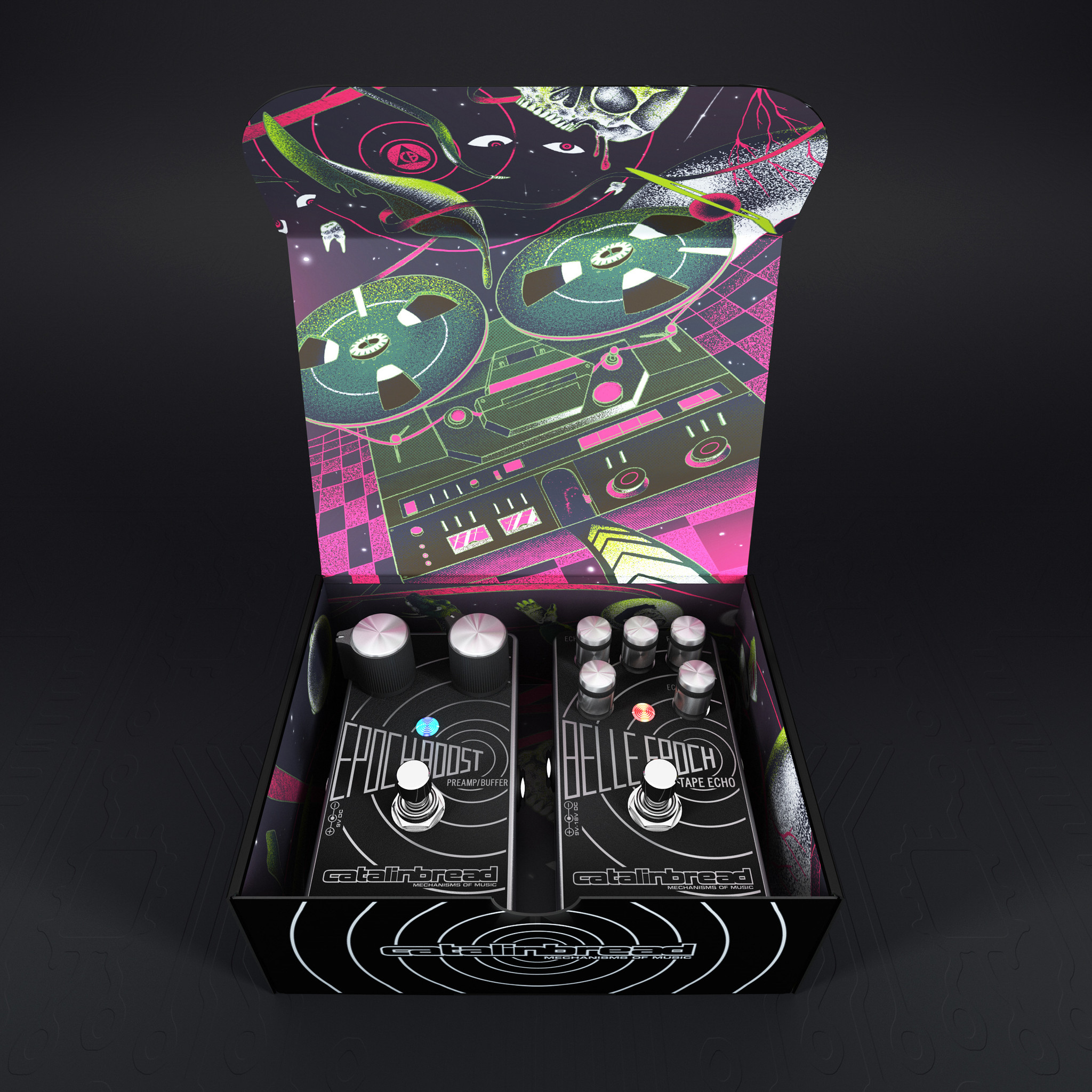 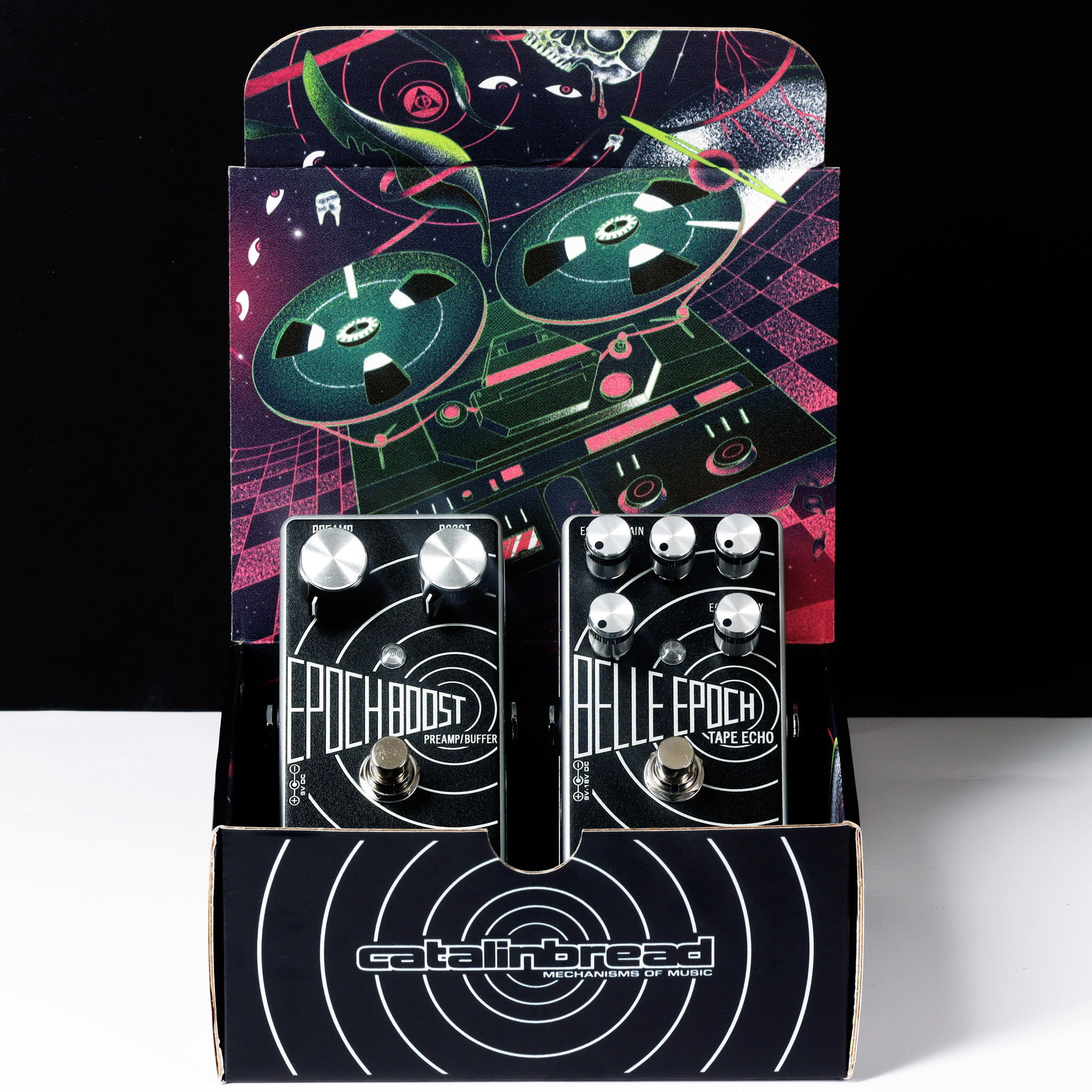 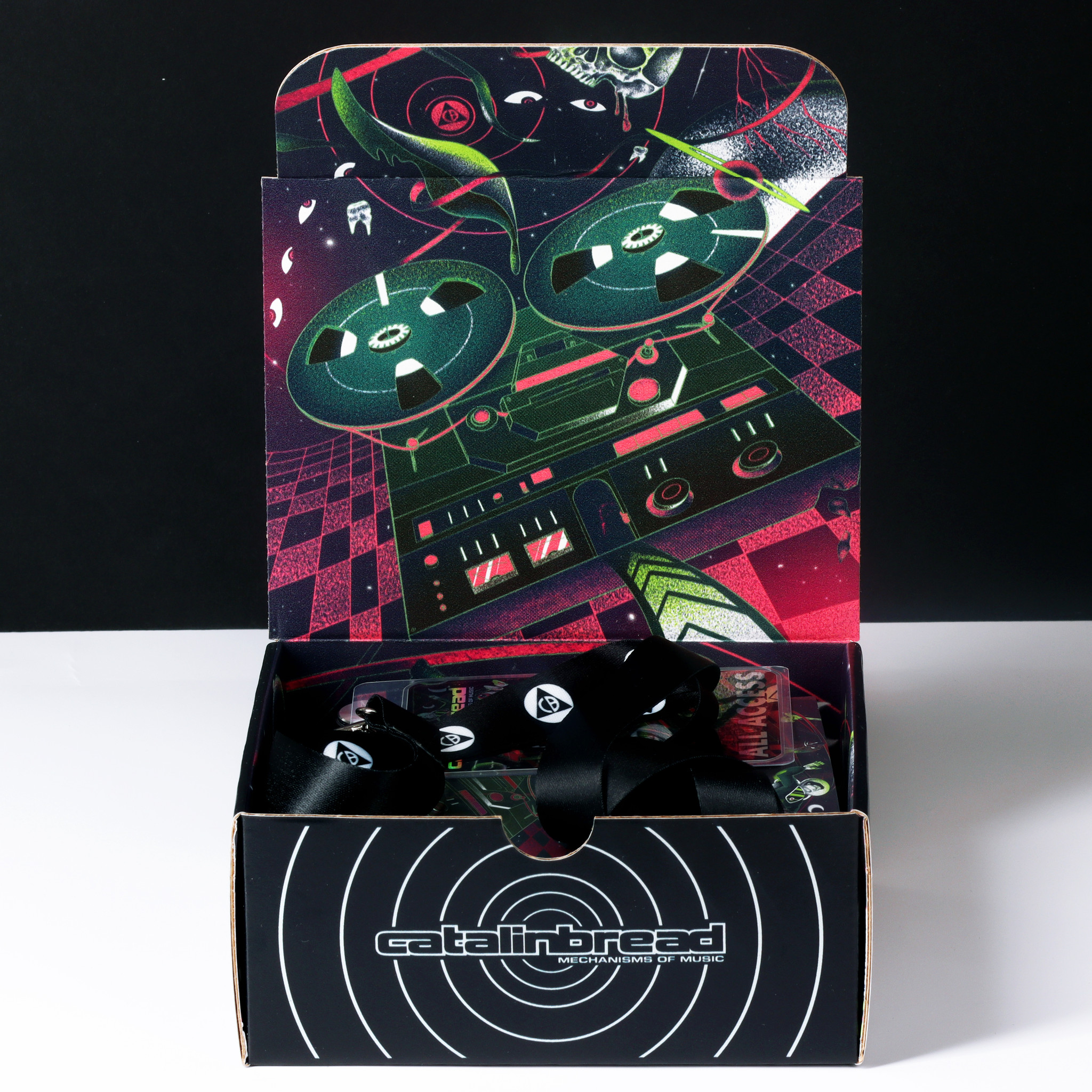 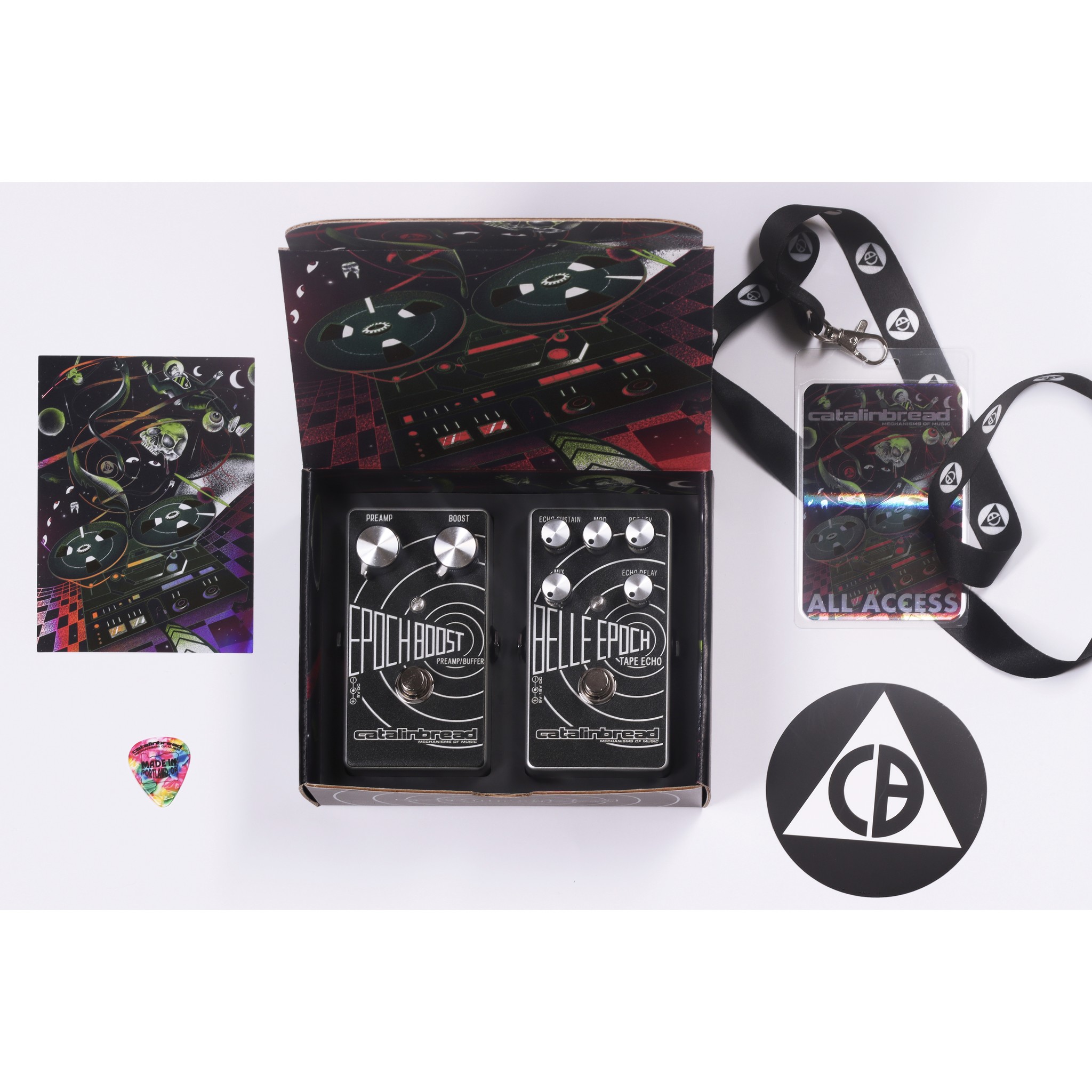 Alright, let’s get geeky for a second. The Belle Epoch was modeled after the EP-3 and the preamp is an approximation of the Echoplex preamp and it sounds really really close. The Belle Epoch Deluxe, however, is not an approximation; it has the exact EP-3 specs in it–using the “later" mode preamp circuit. The Epoch Boost also has the exact EP-3 specs, but uses the "early" mode pre. The "early" and "later" mode differences are slight but they are noticeable, one with a flat frequency response and the other a brighter one.

So why are some people buying the Epoch Boost and the regular Belle Epoch instead of just the Belle Epoch Deluxe? It boils down to specific needs and modularity. One of the awesome things about the Belle Epoch Deluxe is that you can pop it into trails mode and have the preamp on all of the time, sweetening up your tone even when the delay is bypassed, but wherever the Belle Epoch Deluxe lives in your chain, the delay and the preamp live together and cannot be separated. That’s where the idea for this box set comes in. Let’s say you want the Belle Epoch delay but want the option to put the EP-3 style preamp (Epoch Boost) somewhere in the chain that isn’t tied to your delay. Maybe you want it at the beginning with the boost cranked to make everything after it sing, or at the end; always-on to refine your entire sound. Some people like using the pre to fatten up their signal before stacking with their dirt section. In this configuration, your options are only limited by your other gear.

About the Epoch Boost:

You’ve heard the rumors: Some of rock ‘n’ roll’s greatest tones were achieved without pedals. Not so fast! While that’s technically true, some of the most venerable guitar gods relied on an old tape echo unit to help achieve their legendary tones. This unit is the Maestro Echoplex EP-3. While some guitarists made great use of its echo effect, others dragged one to every gig just for its magical preamp. This preamp circuit was wired always-on, and so even those using it as an echo effect received significant tonal enhancements from the preamp circuit as well. Everyone from Eddie Van Halen to East Bay Ray of the Dead Kennedys relied on the EP-3 preamp to take their sound to previously unreachable heights. And now you can also, with our Epoch Boost.

The Epoch Boost requires a 9VDC supply with 18mA of CURRENT. You can, of course, give the Epoch Boost more current than it needs. However, because of the charge pump circuit, do NOT run the Epoch Boost on anything higher than 9V. Bad things will happen, including and not limited to your warranty being voided.

About the Belle Epoch:

The Catalinbread Belle Epoch Tape Echo, has tape echo sounds so authentic you’d swear there was tape inside the pedal! Inspired by the Maestro Echoplex, EP-3 model, perhaps the most famous tape delay ever, the Belle Epoch features everything we love about the EP-3 in a small, maintenance free pedal format. We felt that a “tape echo” pedal was much more than just a standard digital delay with some “filtering” on the repeats. There are a lot of subtle and not-so-subtle traits of the Echoplex that needed to be implemented in order to be authentic. The preamp, the self-oscillation character, the ability to control the “record level” of the signal hitting “tape”, the wow and flutter, the way the repeats decay, the way the circuit interfaces with the amp and other pedals – all these things were important to get right. The original unit was used as a musical instrument unto itself and this is what we captured with the Belle Epoch.

Gain Trimmer: This sets the gain of the preamp. It is factory set just above unity gain. At maximum gain, you’ll be treated with a gloriously huge fuzzy boost that sounds amazing into a cranked amp or foundation overdrive. You’ll still be able to clean up from your guitar’s volume knob if you run it this way! If you choose to adjust the internal gain, do so carefully, when adjusting trim pots, it is important to recognize that you must use the correct tool for the job and do very careful work. Trimpots are much more sensitive to adjustments than the knobs on the outside of the pedal. Use a #00 Philips screwdriver, make sure the tip is seated correctly and only make 1/8 turns at a time.If the the trimpot doesn't seem to move, it is at it's full rotation. Do not attempt to force it beyond these full clockwise and counterclockwise positions or you will destroy the trimpot.

The original EP-3 did not really boost so much as color and saturate the sound slightly. The all-discrete preamp in the Belle Epoch gives you the same benefits but with added gain control and more touch-sensitivity!

Buffer / True-bypass Switch: From the factory we ship the Belle Epoch in true-bypass mode. You can use this switch to set it to “buffer” mode. (It’s not really a buffer, it’s a discrete preamp, but non-true bypass mode is commonly referred to as “buffered” mode.) So, in “buffer” mode, the Belle Epoch’s preamp is always in the signal.Besides always having the great discrete preamp in your signal path, this mode offers another benefit - “trails”,meaning when you turn of the pedal from the footswitch, the remaining repeats will keep playing but any further playing will not result in any echoes.

To power the Belle Epoch use a 9-18V DC Negative Ground power supply that can deliver a minimum of 70mA. No, you can't run it on batteries! We recommend that you try it on both 9 volts and 18 volts to see which voltage you prefer. But for the best Echoplex-like response, definitely try it at 18 volts!