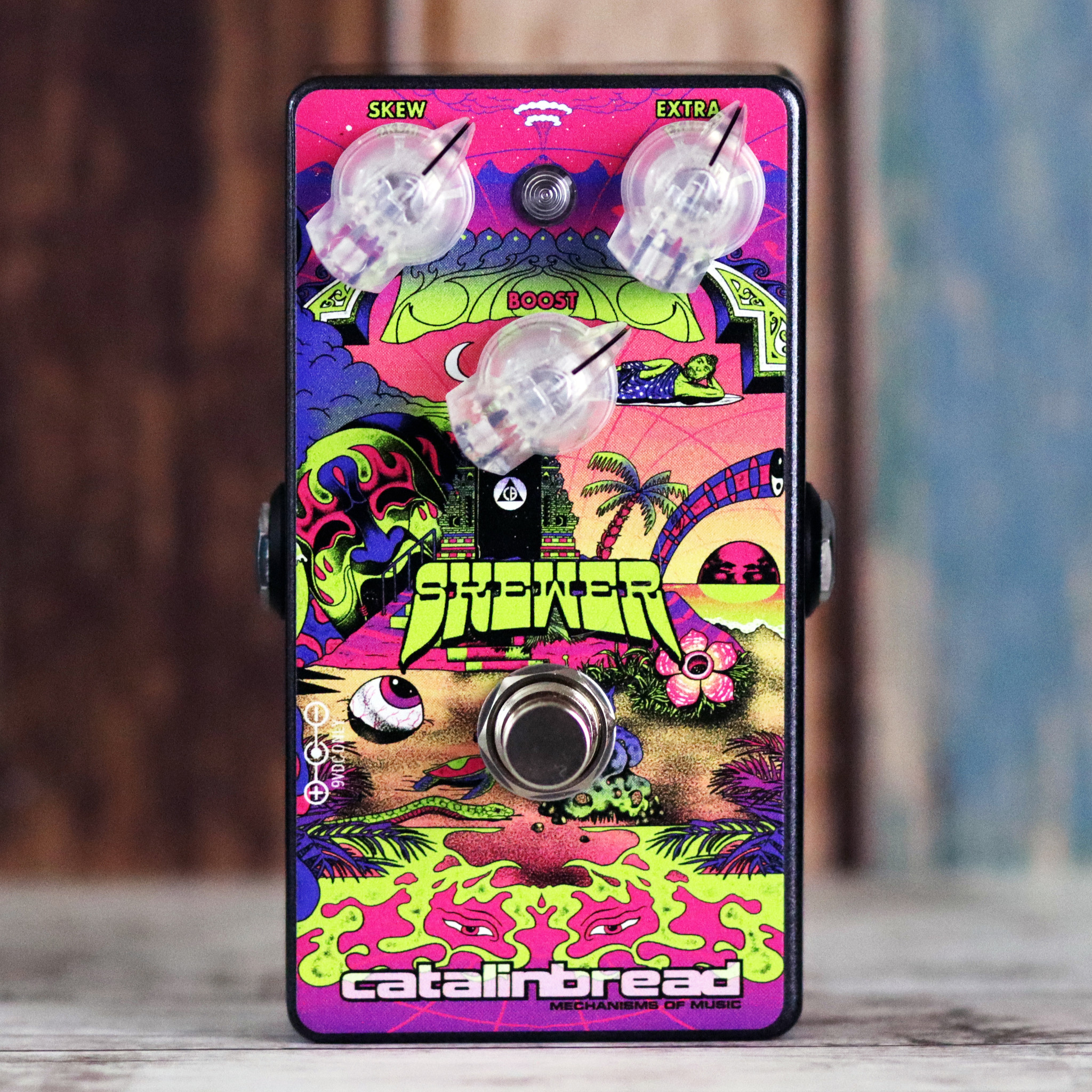 One of the most recognizable pieces of gear in classic rock canon is the old Hornby-Skewes Treble Booster, a version of the classic effect used by too many artists to list. While almost all of them used a Rangemaster, the Hornby-Skewes version came stock with a silicon transistor for a more biting sound that cut through even the densest of mixes. The SKEWER stays true to that circuit, giving the old JHS unit the same treatment as our Naga Viper. This lets you dial in the desired frequency range from rich and full to treble-heavy, as well as control the amount of boost. You can also vary the amount of transistor gain for some extra juice. Some players had their original Treble Booster modded to play nicer with the rest of their gear. We’ve taken the liberty of giving you that mod as well, which is fully adjustable via the trimpot inside. Further enhancements include a noise reduction filter and anti-pop switch circuitry. This one bites just a little harder than our Naga Viper, and sounds fantastic with the DREAMCOAT.

BOOST: Adjusts the amount of boost. Stock H-S setting is about 2/3 up.

EXTRA: Adjusts level of gain extracted from the transistor. Crank this setting to get rowdy.

INTERNAL TRIMMER: This is a master volume control. It's included because rumor has it that certain players had their TB modded for master volume to make it sound better with their amps. Default is all the way up.

• The Skewer sounds great going into the DREAMCOAT but you should dial the Skewer’s internal trimmer back a bit before doing so.

• The Skewer operates similarly to our Naga Viper pedal, but rather than being based on the Dallas Rangemaster, it is based on the Hornby-Skewes Treble Booster.

The Skewer requires a 9V power supply center-negative and draws 1mA. Any more current than that is A-OK, but you can’t exceed 9V without letting the smoke out. Bad things will happen, including but not limited to shouting expletives and more importantly, voiding your warranty. Accepts 9V battery. True bypass

The Skewer has an incredibly low current draw (1mA), and so a battery will last for months and months. All battery operated effects will continue to drain the battery as long as a cable is plugged into the pedal’s input. However, the original Hornby-Skewes Treble Booster did not have a jack-based battery defeat, and as such, neither does the Skewer.

If you insist on running the Skewer with a battery, please remove it when it’s not on your board or in storage.