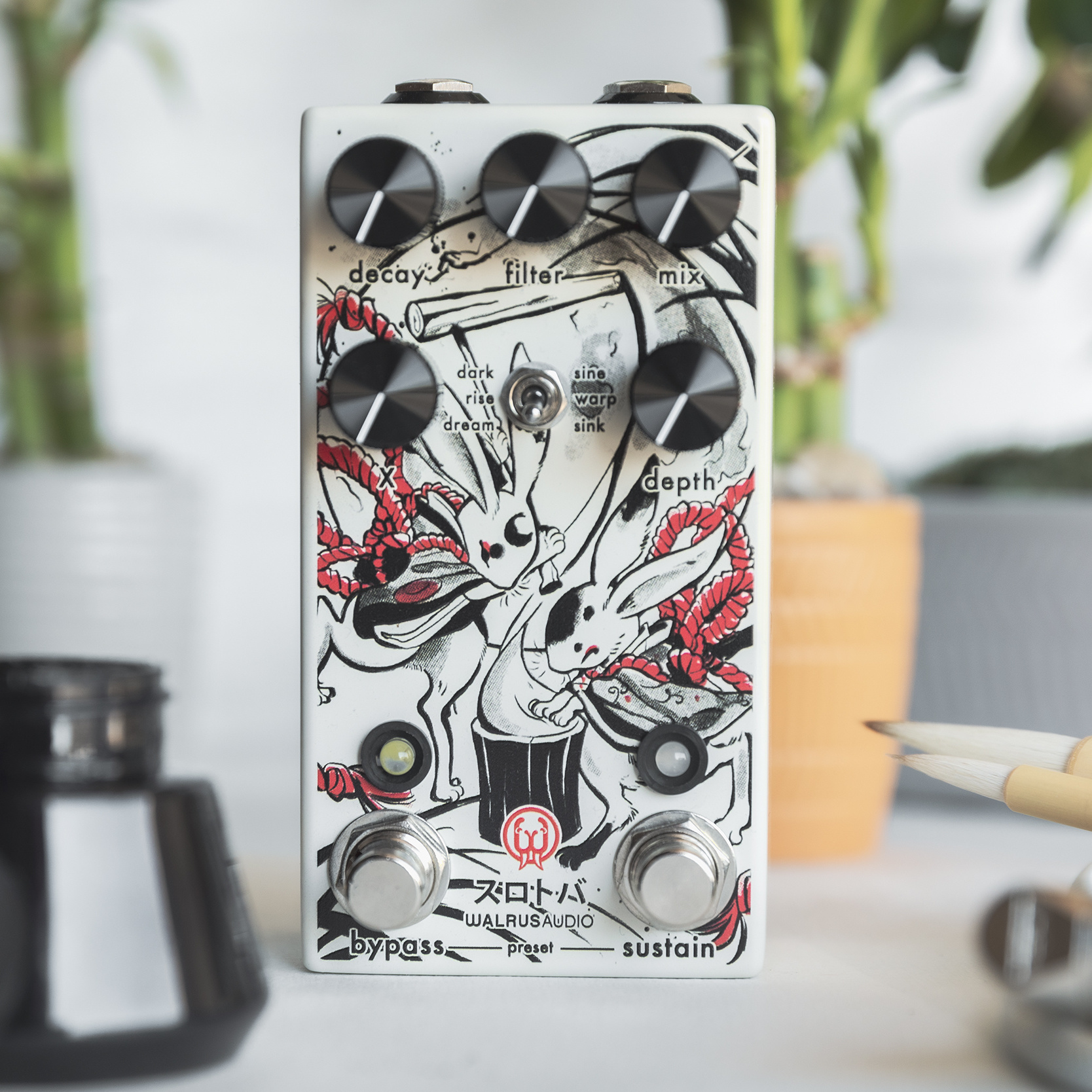 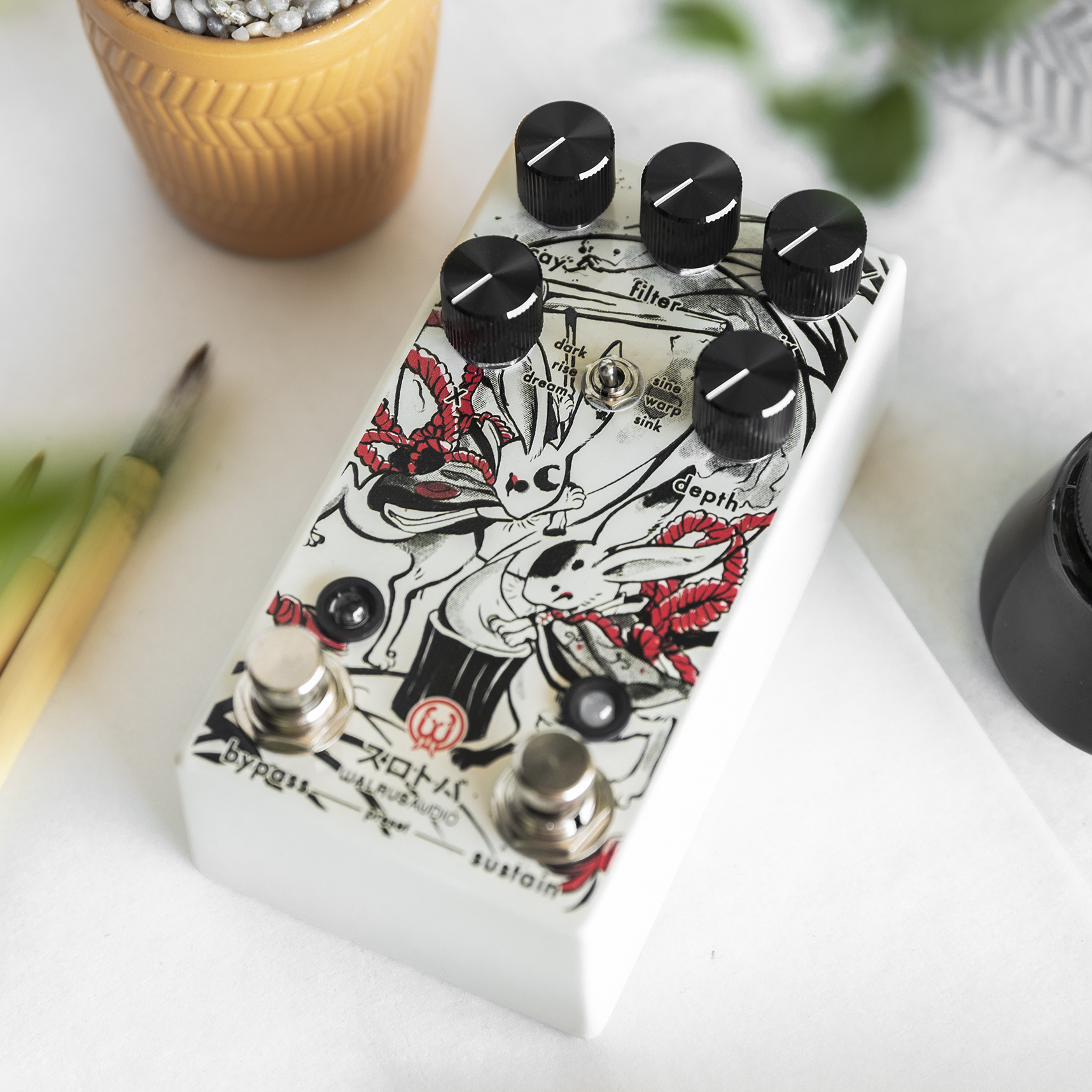 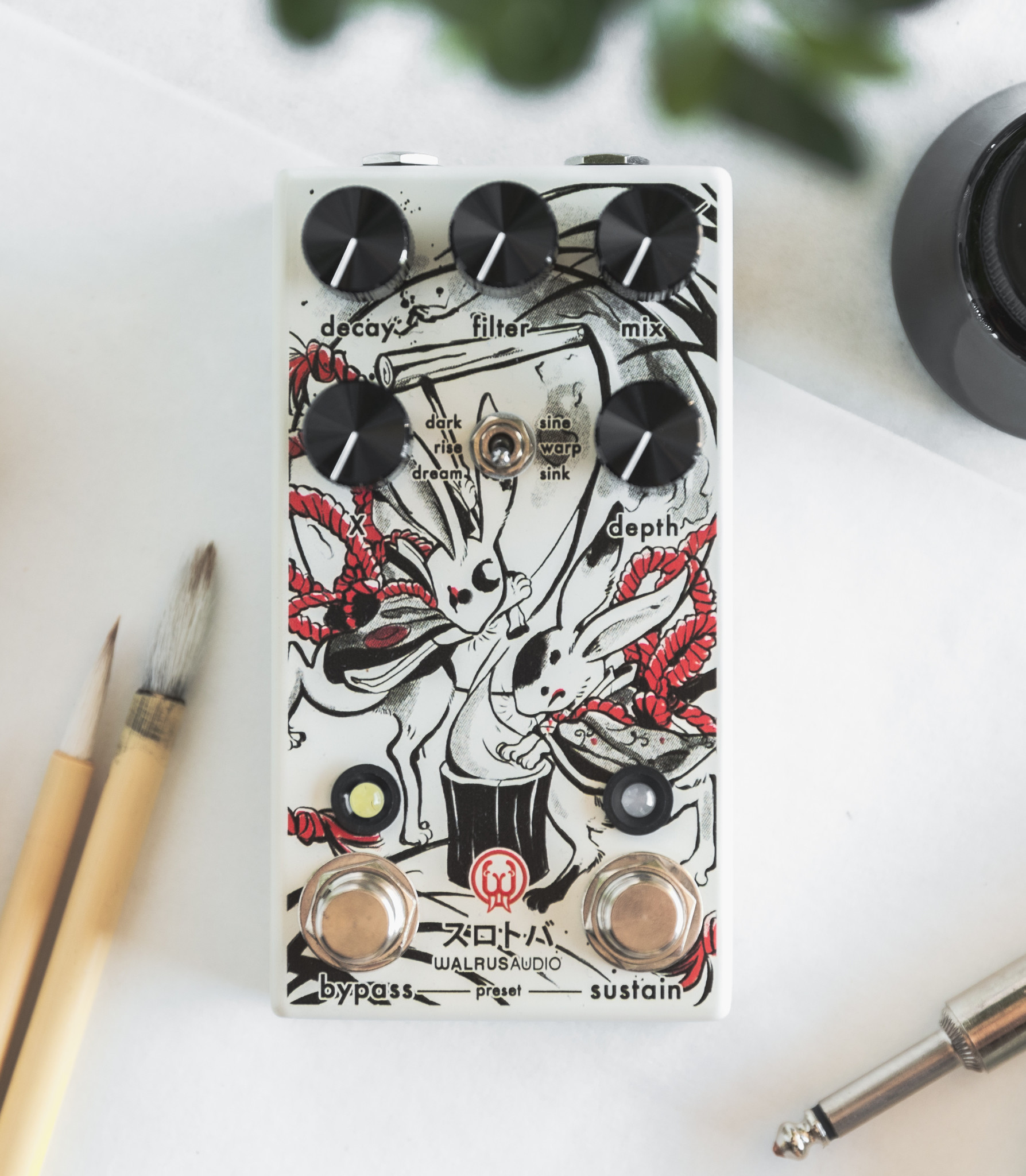 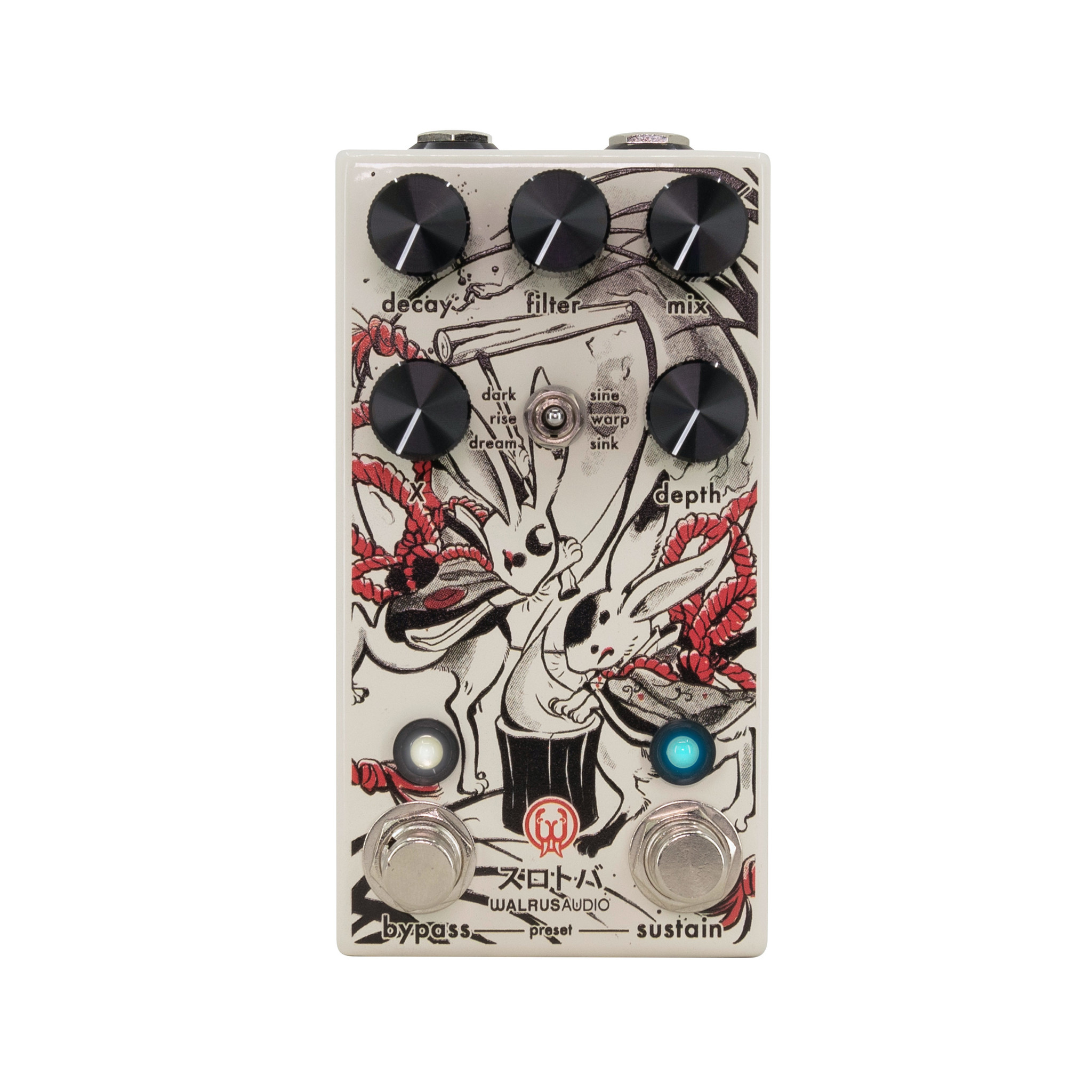 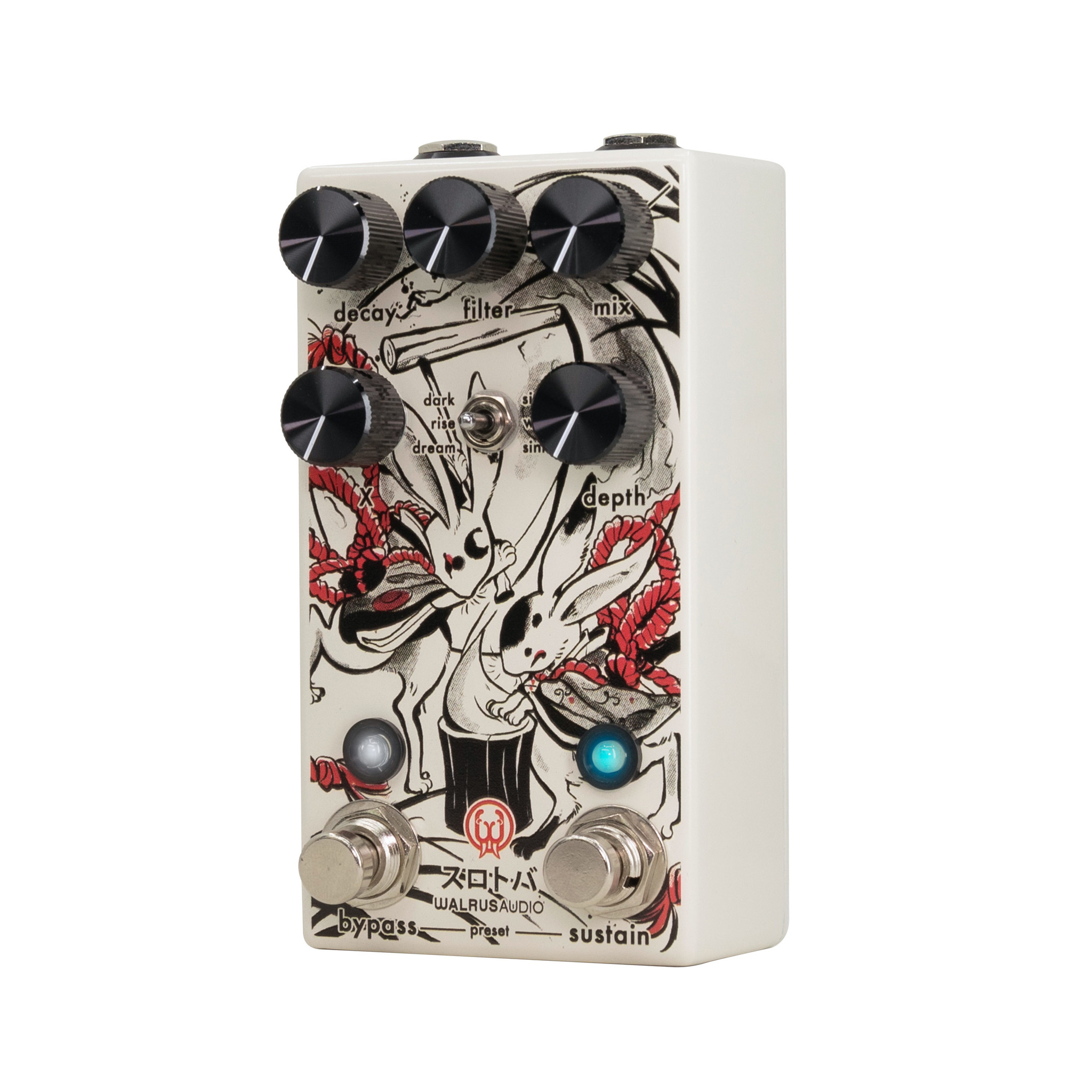 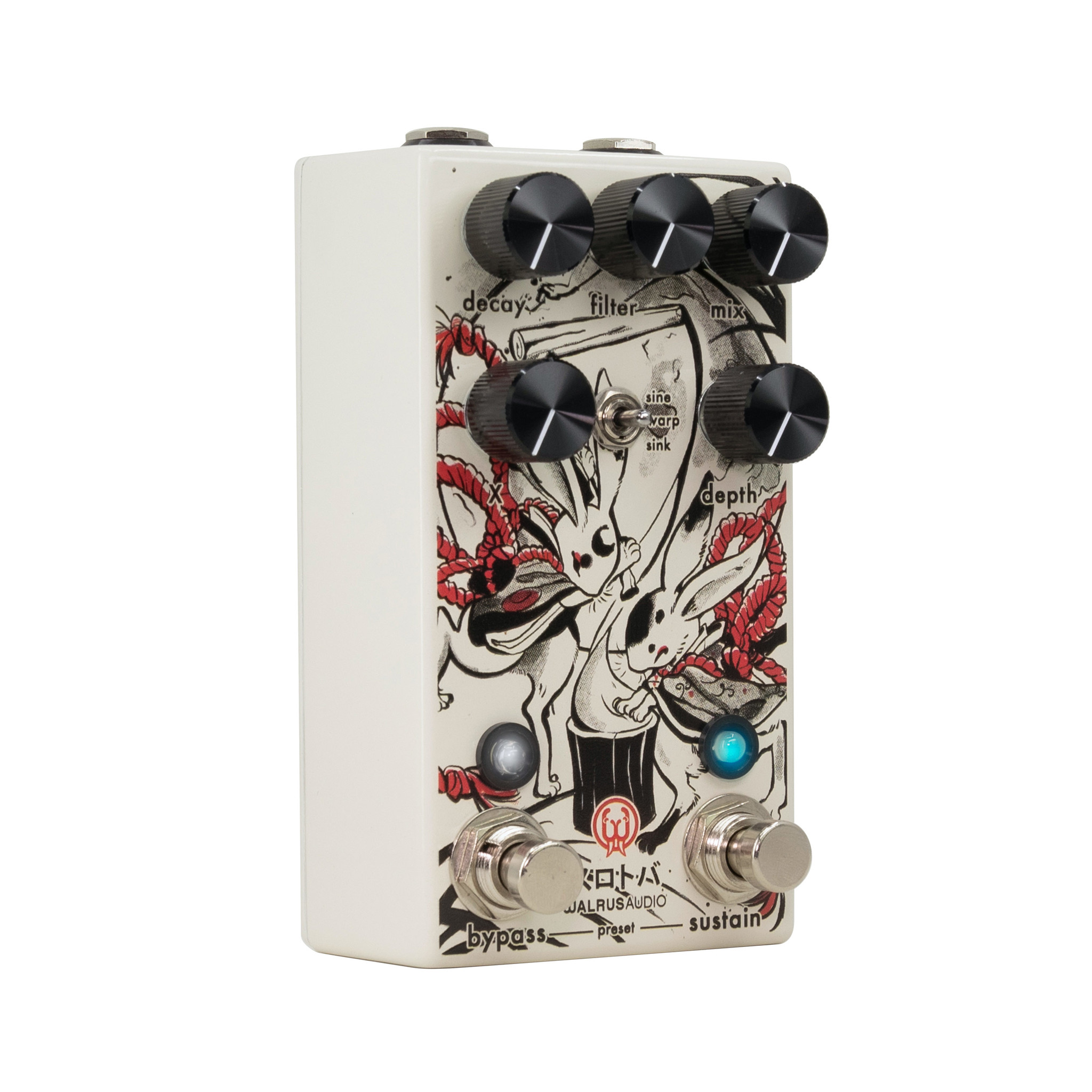 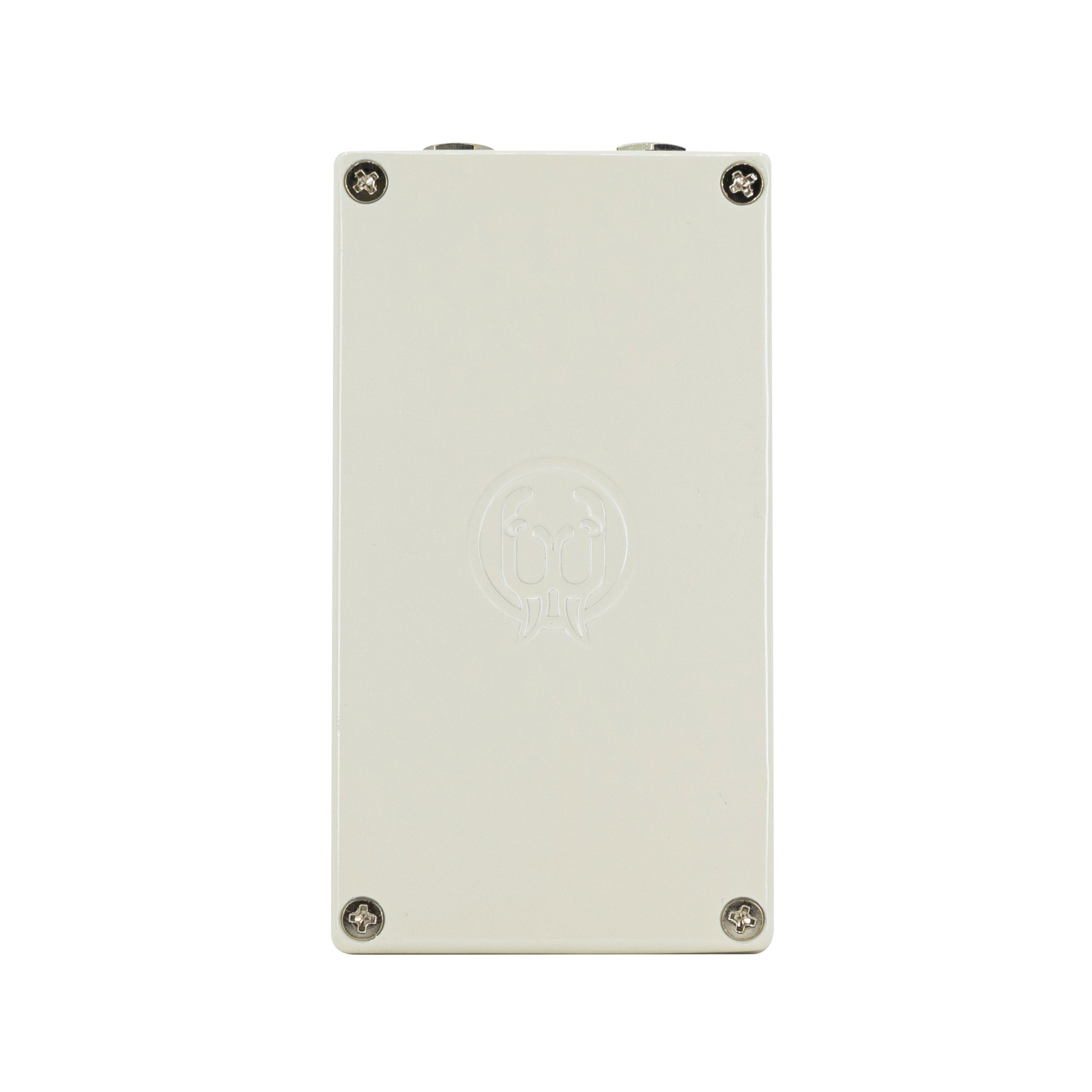 RISE – This is an auto-swell reverb for beautiful cinematic swells. Don't rush it. Let it breathe and gently wake up. X knob sets the amount of time it takes the reverb to swell in after a note is played. Set lower for shorter rise times and higher for longer rise times.

DREAM – Here is a lush reverb with a latching pad function. Press the sustain switch to latch signal. Experiment with the X knob to add vibrato over the pad. Press sustain again and pad will decrescendo according to where decay knob is set. X knob sets the depth of vibrato applied to the reverb trail.

SINE – Smooth and even pitch up and down modulation.

WARP – Asymmetric pitch up modulation similar to a warped record.

SINK – Asymmetric pitch down modulation for sinking detune similar to a Bigsby.

Bypass: When the switch is in off position, press and hold to temporarily activate the effect to add a moment of reverb texture. Releasing the switch turns the effect off, and fades it out.