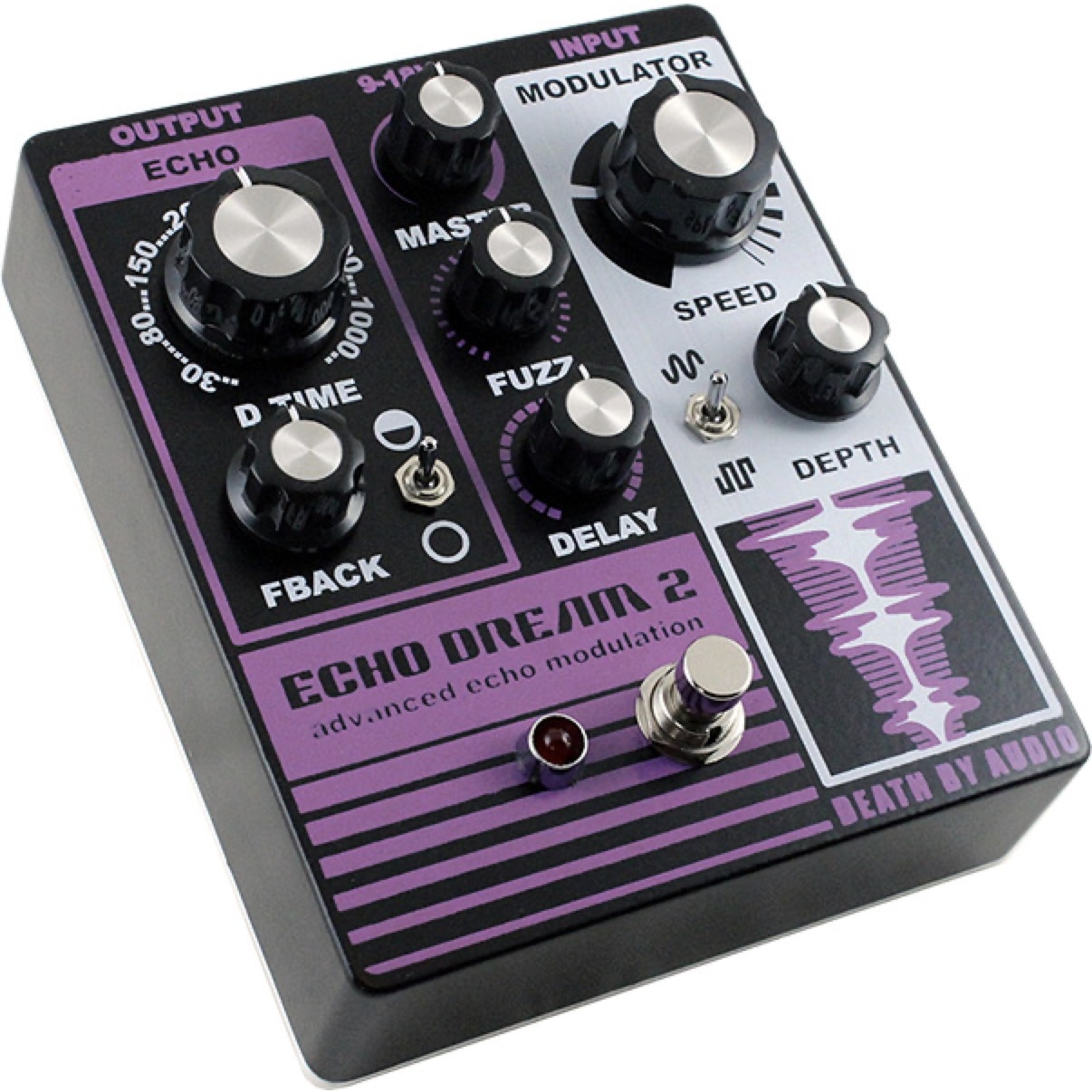 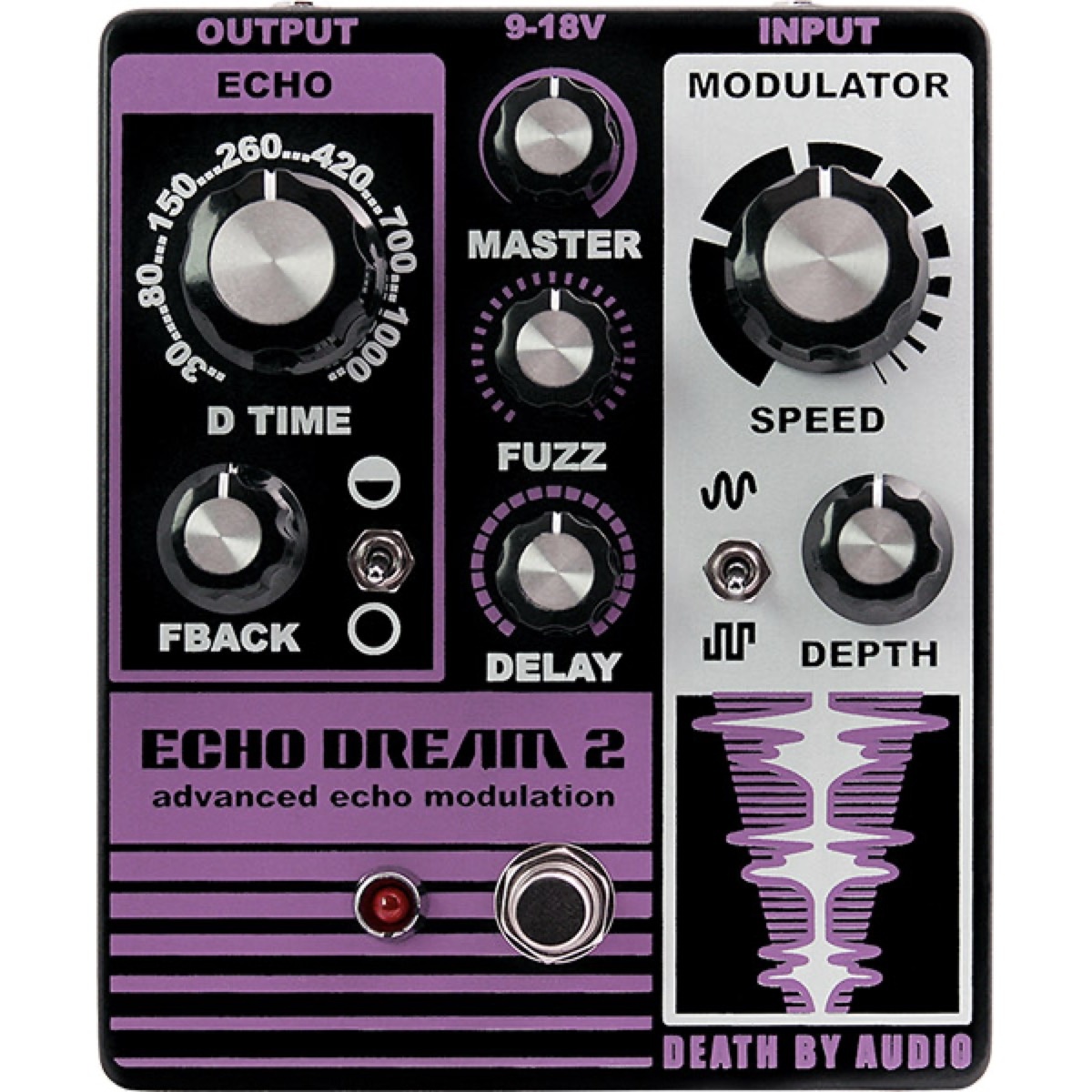 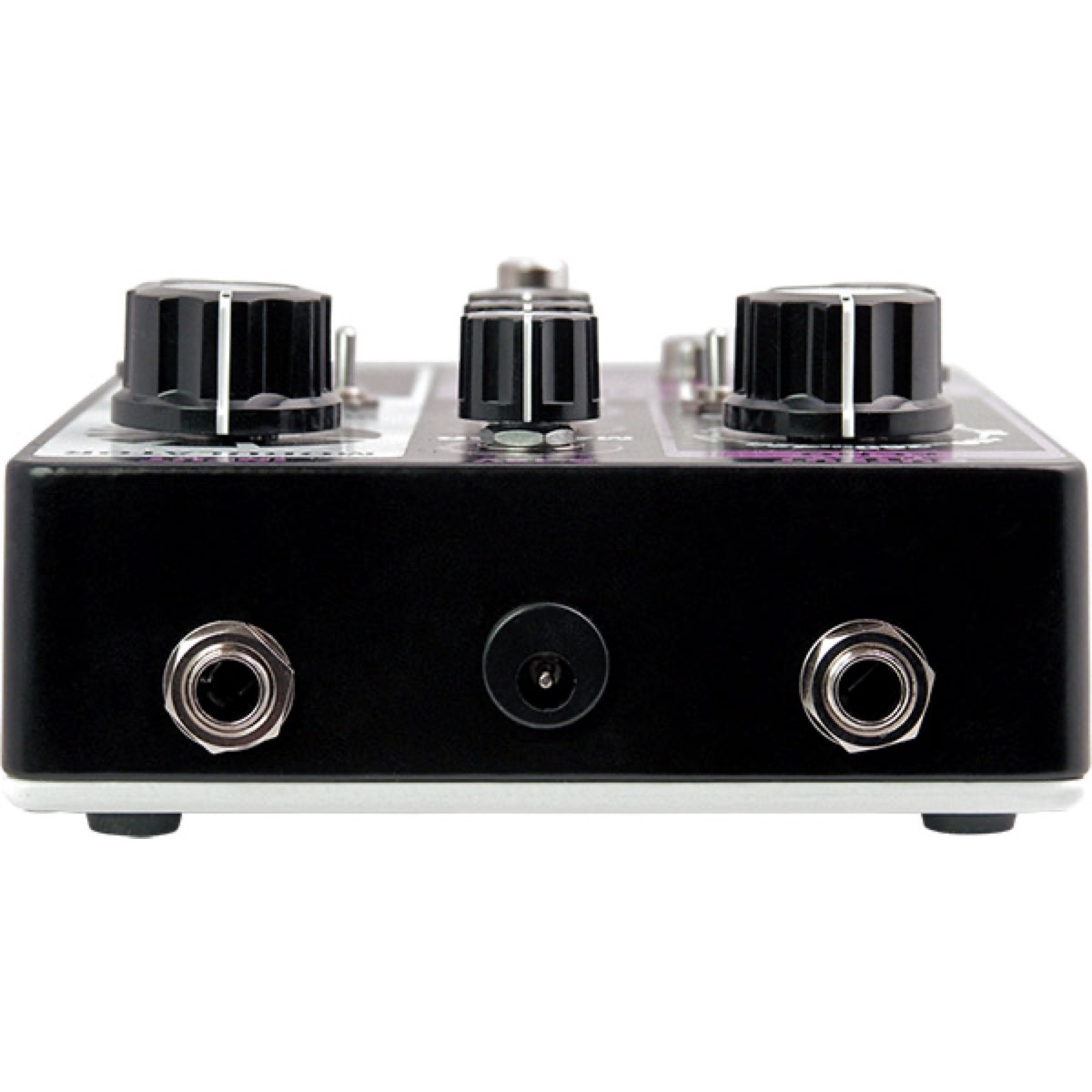 Death by Audio wants you to know...

Echo Dream 2 is a powerful, ethereal delay pedal with otherworldly controls so intuitive the riffs write themselves. It combines a full 1.2 seconds of lo-fi analog-voiced echo with a powerful asymmetrical modulation engine featuring sine- and square-wave modes, chorus and vibrato, plus a blasted-out fuzz that makes this candy-colored ambient fantasy generator an endless source of inspiration for your nightly musical transmission.

Push the feedback for vast worlds of colorful oscillating sound. Conjure up ghastly chorus sounds with the built-in modulator. Pulverize your delay repeats with the Fuzz control or bring it up just a tiny bit for beautiful warm and fuzzy echoes that sit wonderfully in any mix.

Or if you prefer nightmares to dreams, stretch the delay chip beyond its natural limits for broken-up fluttering delays, crank the Modulator Depth for vivid asymmetrical pitch shifting, bring up the modulation Speed for wicked psycho pseudo-ring-modulated repeats, or turn up the FBack for screaming self-oscillation.

Want to go full lights-out? The Echo Dream 2 features a dry-kill switch that lets you hear only the delay signal, so patch it into the effects send of your console or DAW and start mixing! Tons of your favorite record producers and live sound engineers already are.

Master: Sets the output volume. This control can also boost above unity gain to drive your amp.

Fuzz: Sets the amount of gain, from clean to fuzzed-out bliss.

Delay: Sets the volume of the delayed signal.

NOTE: Delay times above roughly 700ms can create flutter, noise, and distortion. Chorusing occurs in the 30-40ms range when the left toggle is set to .

For a vibrato effect, set the left toggle to , turn D Time all the way counterclockwise, and adjust the Modulator Shape, Speed, and Depth controls to taste.

FBack: Controls the feedback of the delay, from slapback to wild runaway oscillation. Self-oscillation occurs when the control is set above noon.

Left Toggle: Up for clean blend, down to kill the dry signal and hear only the repeats.

Depth: Sets how far the modulator will swing the delay time. At high intervals, the pitch of the repeats will shift several semitones!

Right Toggle: Up for a smoother modulator waveform, down for a sharp, square-shaped wave.