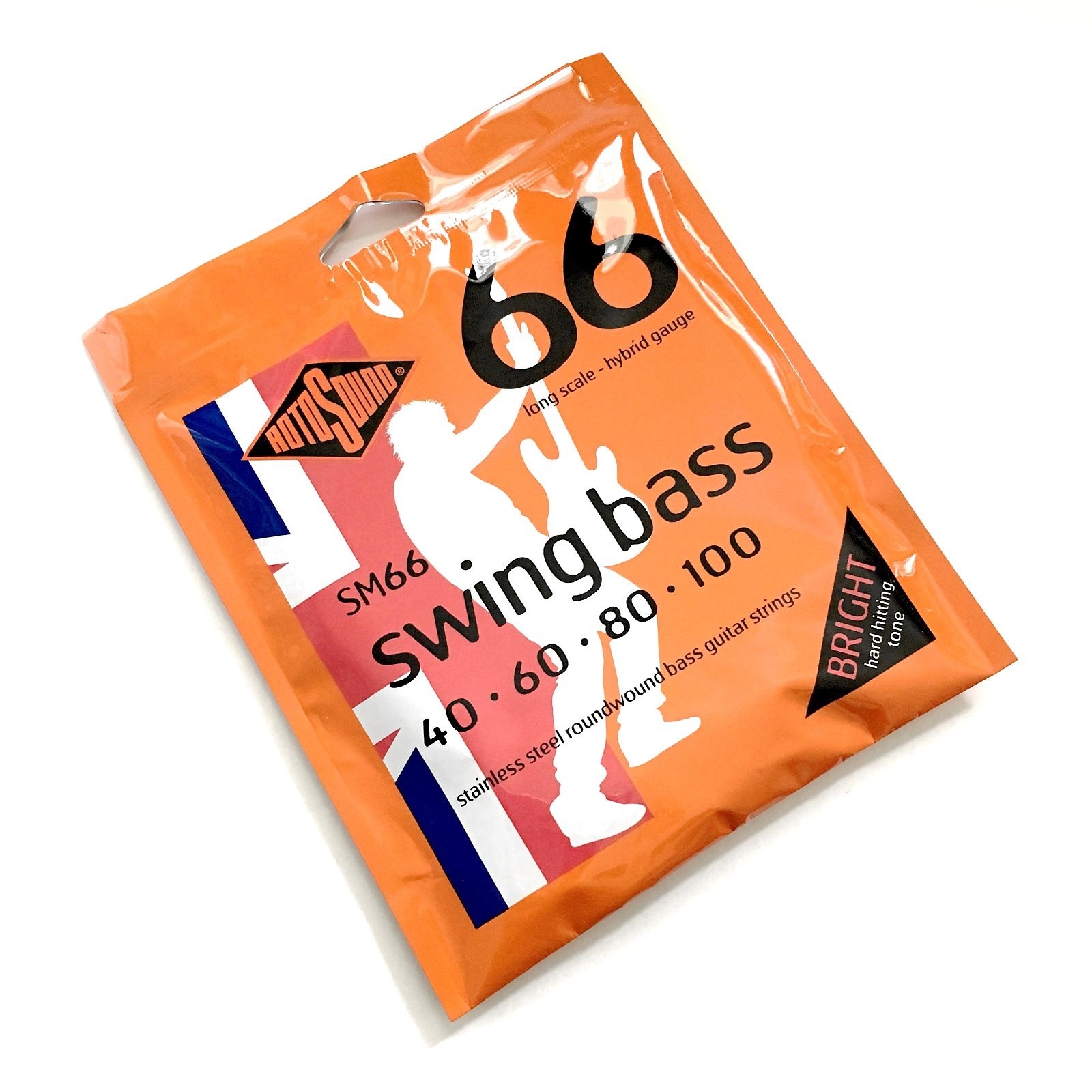 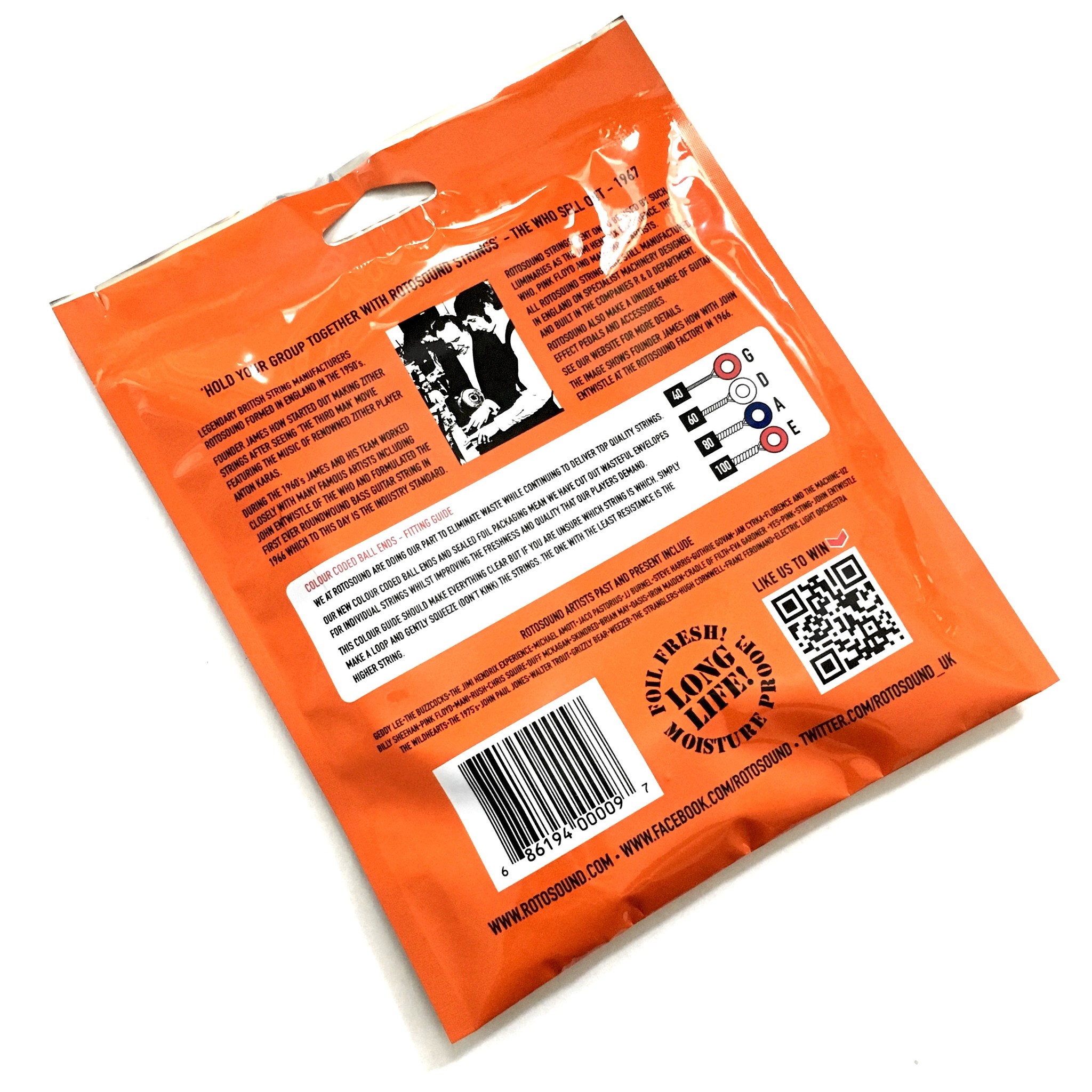 This is a brand new item in original factory (moisture-proof foil) packaging. Z String Music is an authorized seller of Rotosound¨ strings.

The string that started a revolution and brought the bass player from the back line to the front.

We also made the overall gauges a bit heavier and they sent me away with 12 sets to use. A couple of days later they called and asked if I objected to them putting my name to the strings and selling them commercially. I told them I didn't mind as long as they kept me supplied with free strings!

But then we had to do the same with medium and short scale strings because I had loads of different basses by then. Those strings, the RS 66 sets, were the first that vibrated properly other than the Danelectros."