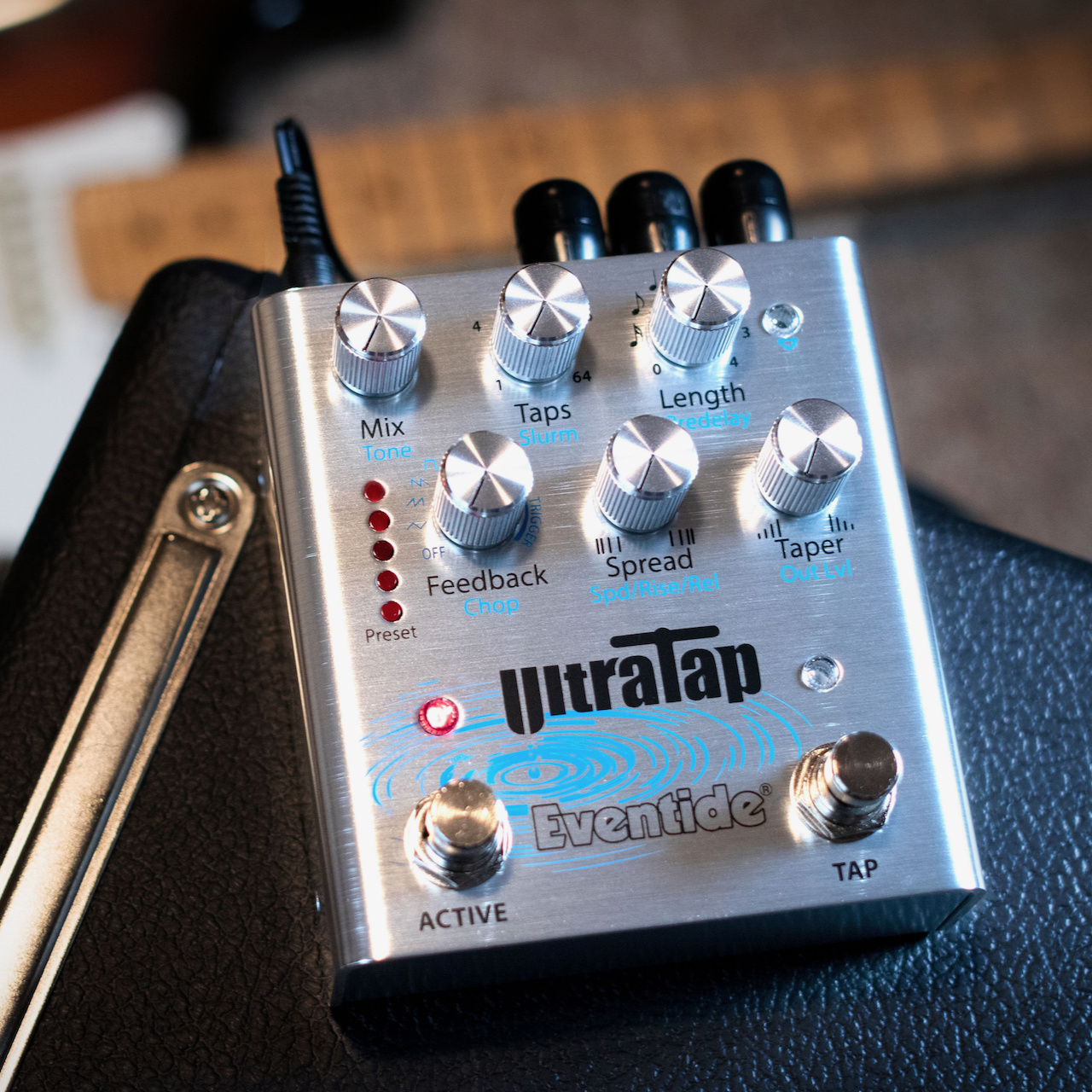 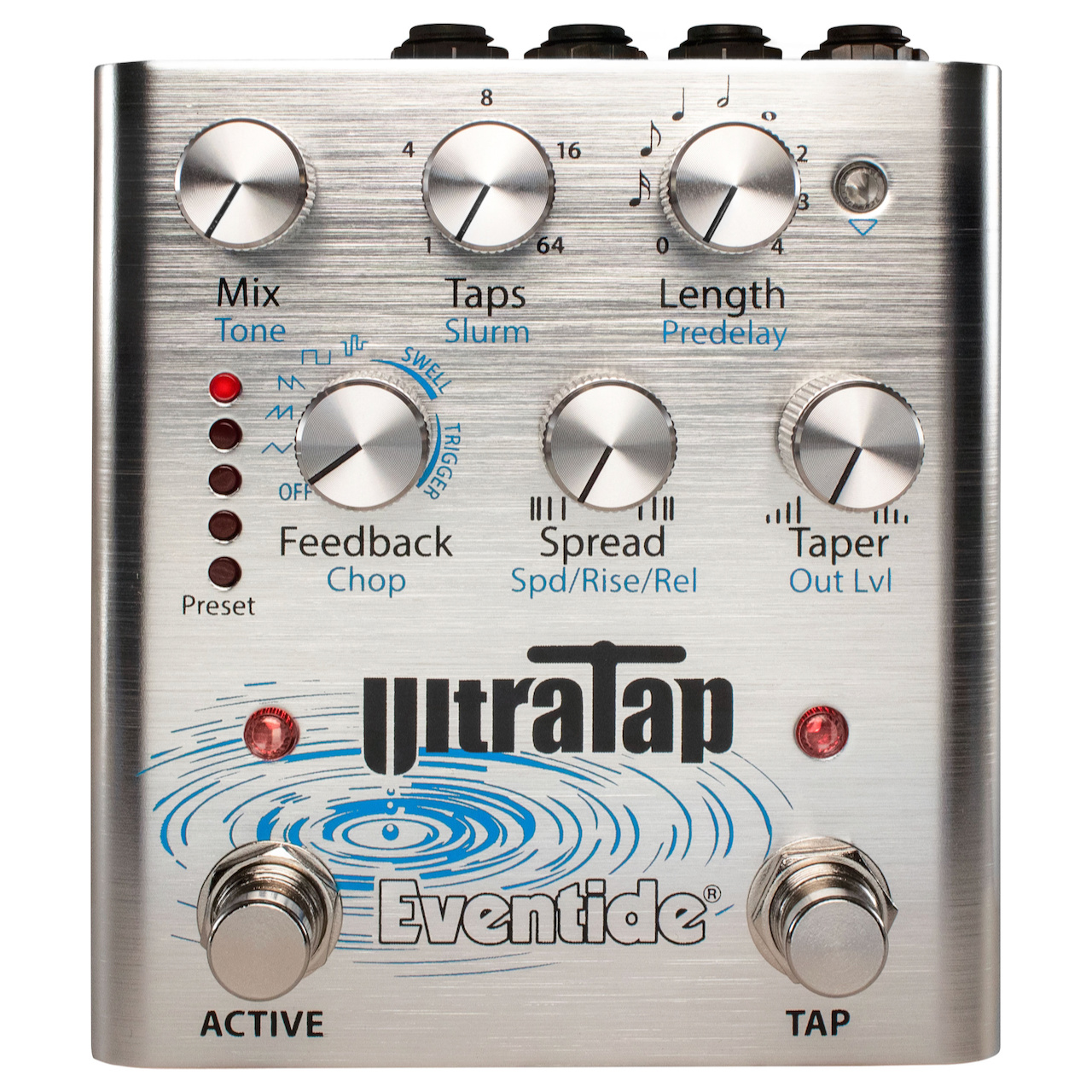 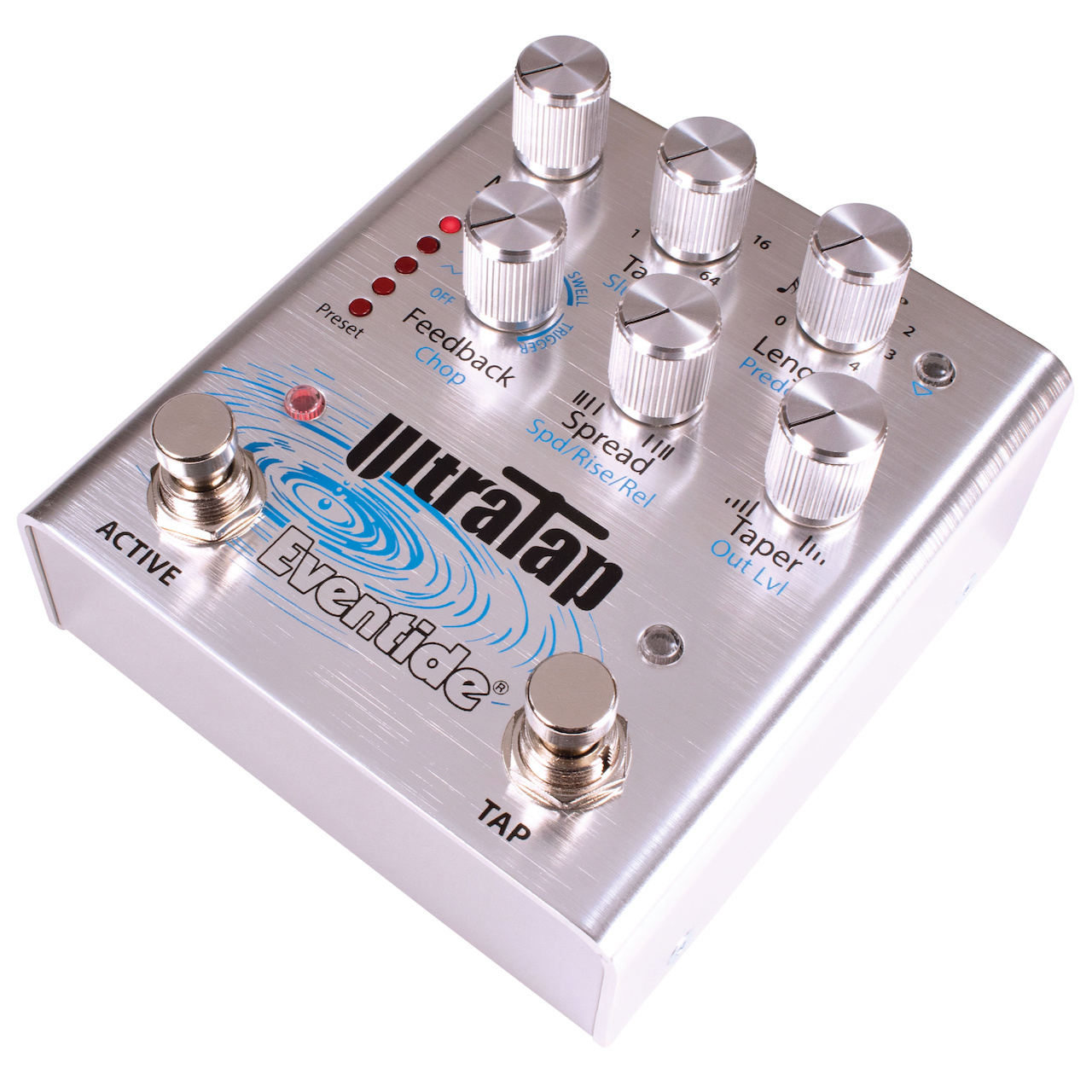 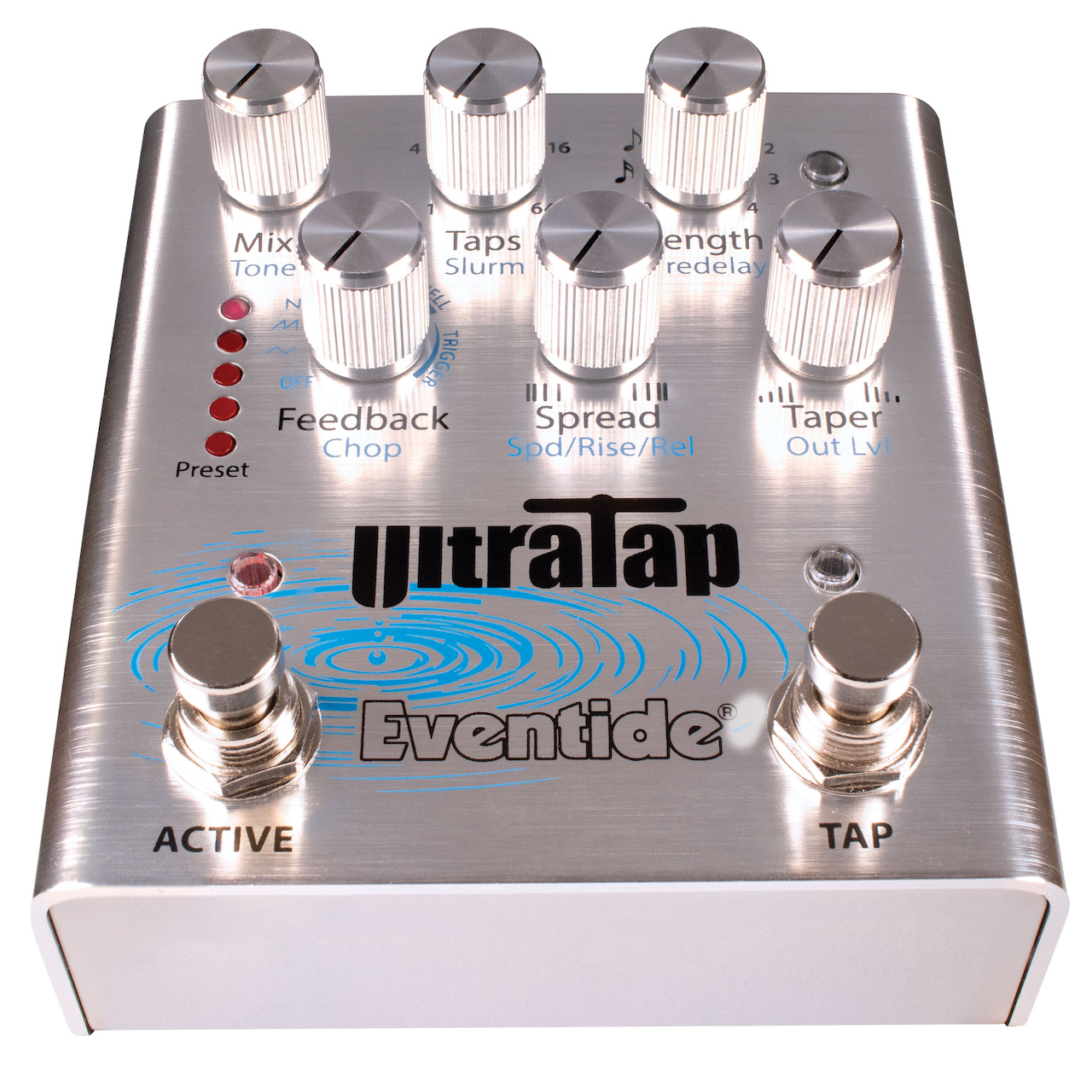 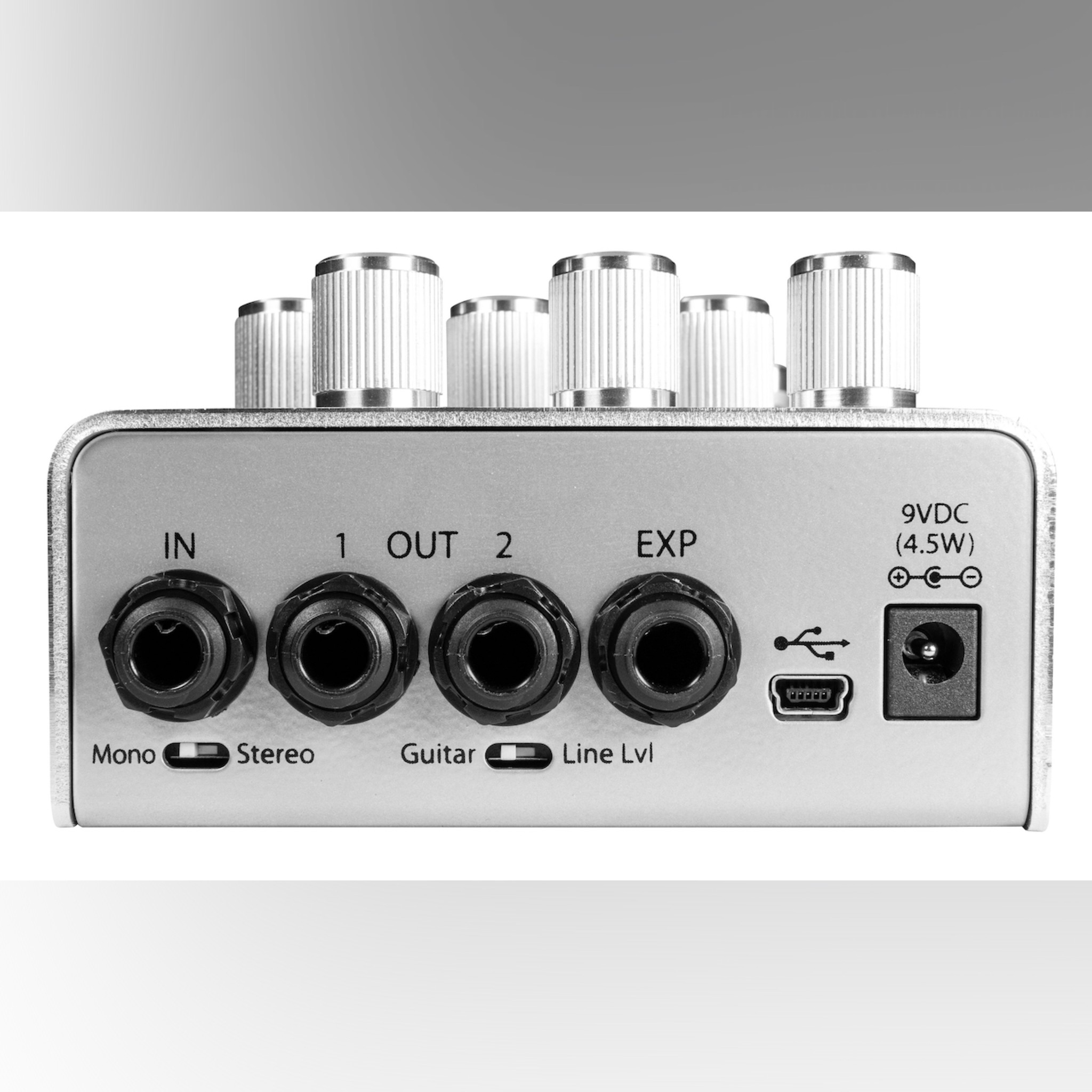 Eventide wants you to know:

A Multiverse of Tone

UltraTap is a unique multi-tap effect pedal capable of rhythmic delays, glitchy reverbs, huge pad-like volume swells, and extraordinary modulation. It’s the perfect tool for staccato leads, swelling chords, and other evolving effects — everything from reversed reverbs to the sound of ripping it up in the Grand Canyon!

Think of UltraTap as the mother of all Echoplexes and you won’t be too far off. That’s basically how it operates but with the flexibility to add as many ‘tape heads’ as you want and expressively control their positions and levels.

UltraTap's controls make possible new and unexpected effects. The controls that you would expect in a multi-tap delay pedal—Number of Taps, Delay and Feedback—are just the basics. Controls for Spread, Slurm, and Chop open up a new world of possibilities.

The dot9 UltraTap is the result of forty years of development that began in 1981 with Eventide’s Digiplex and MultiTap Delay algorithms for its legendary SP2016 Effects Processor, evolved to become the H3000’s UltraTap and culminating in the advanced UltraTap available as both a plugin and H9 algorithm. The new UltraTap pedal further builds on this legendary effect offering the ability to add as many virtual tape heads as desired along with the ability to expressively control head position and output level enabling new and unprecedented effects.