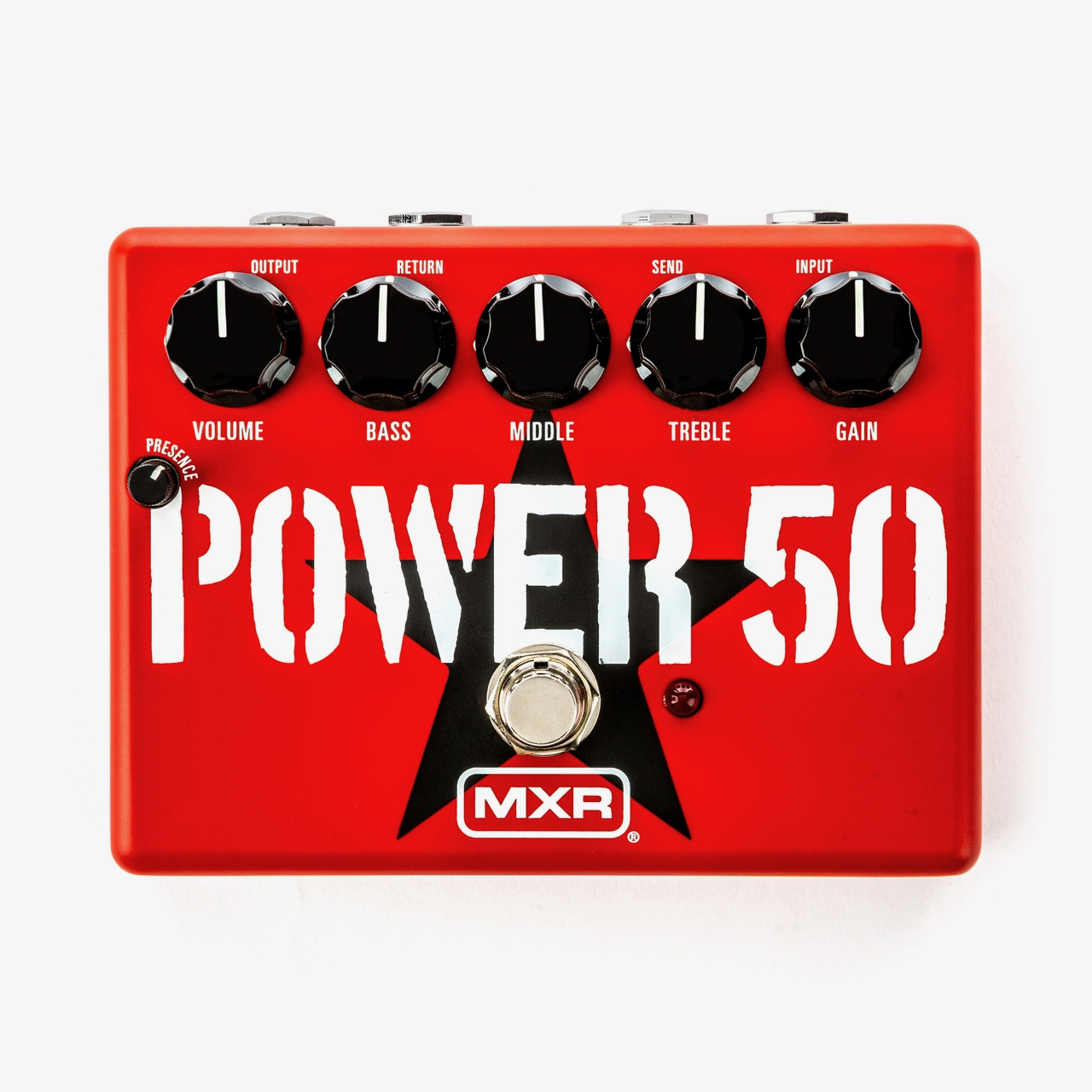 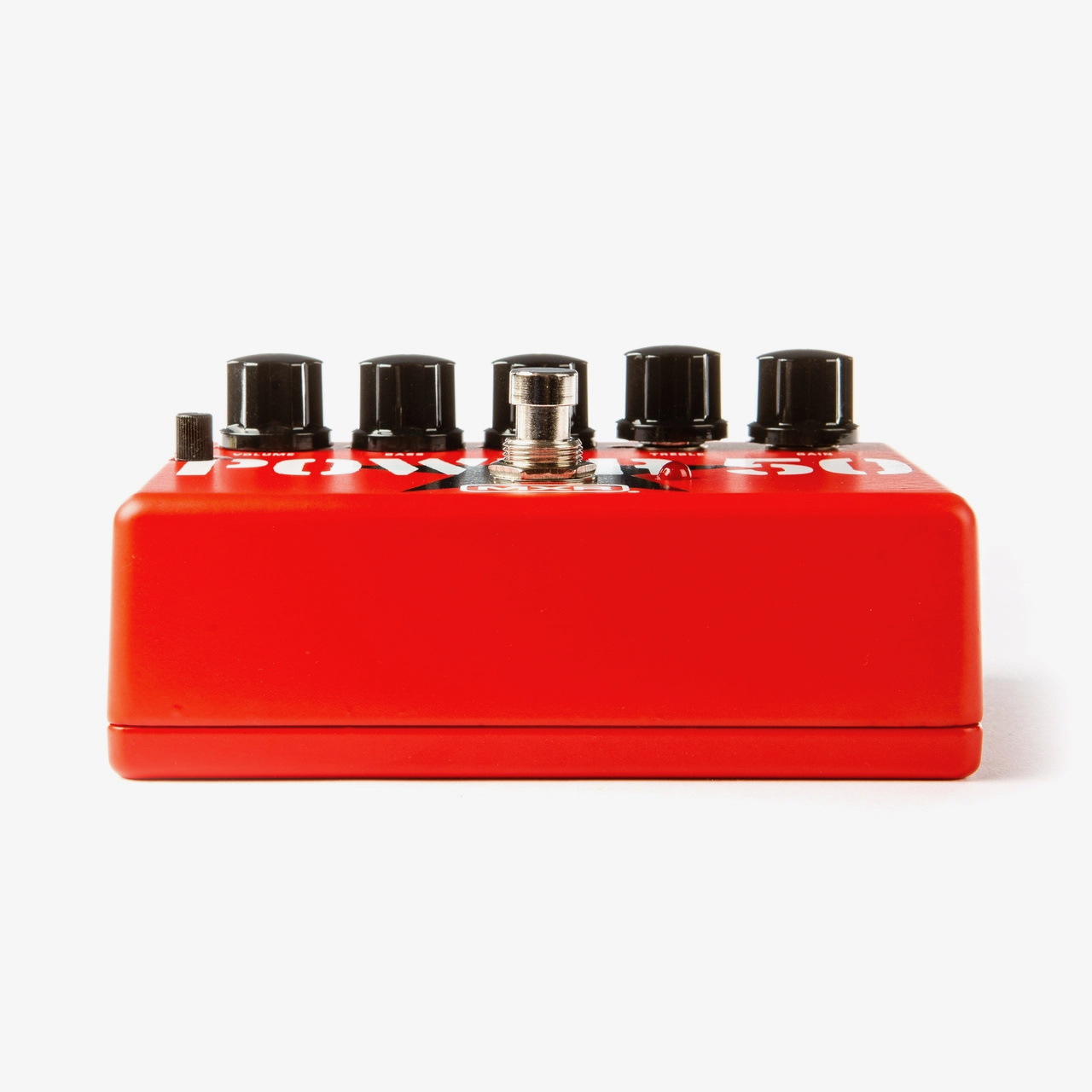 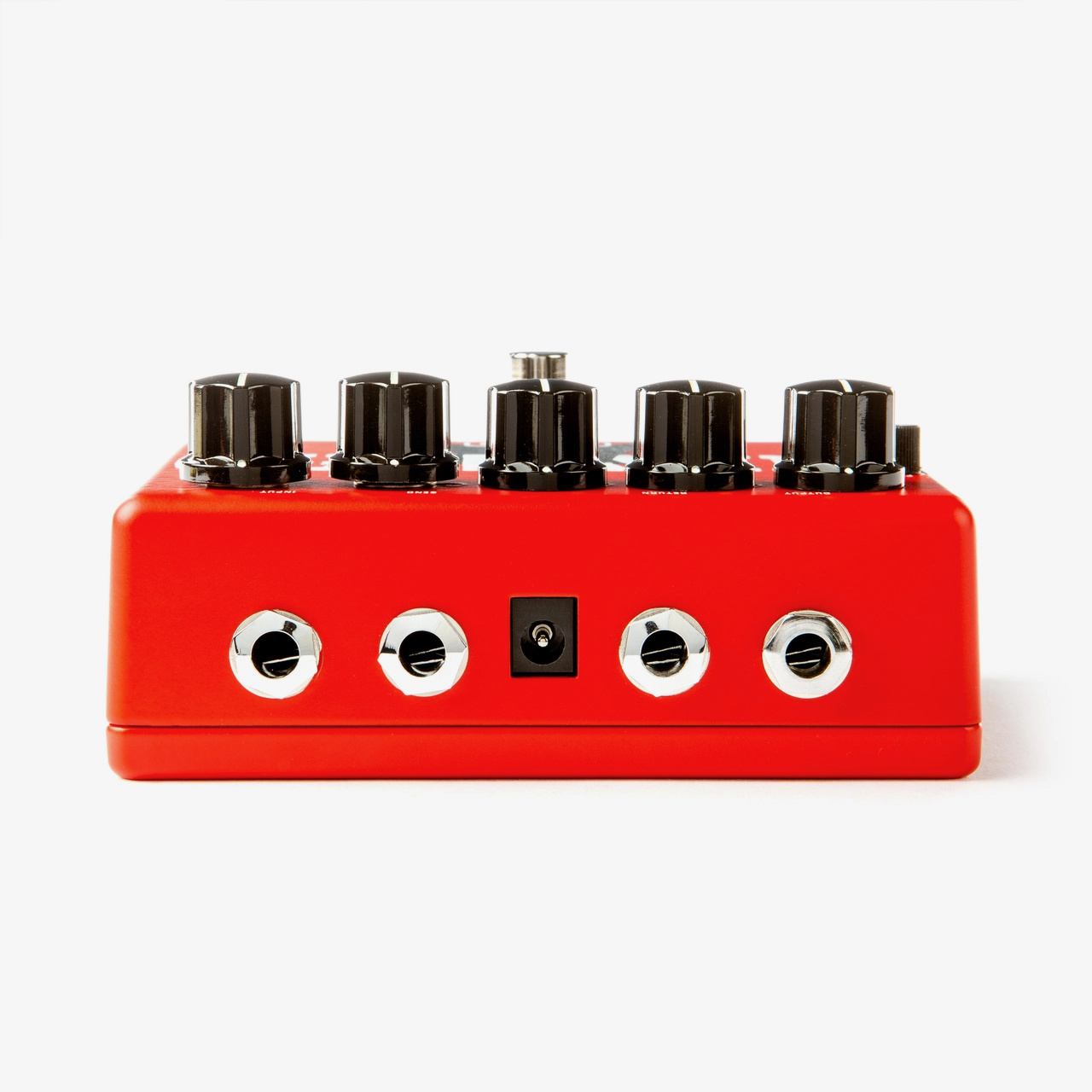 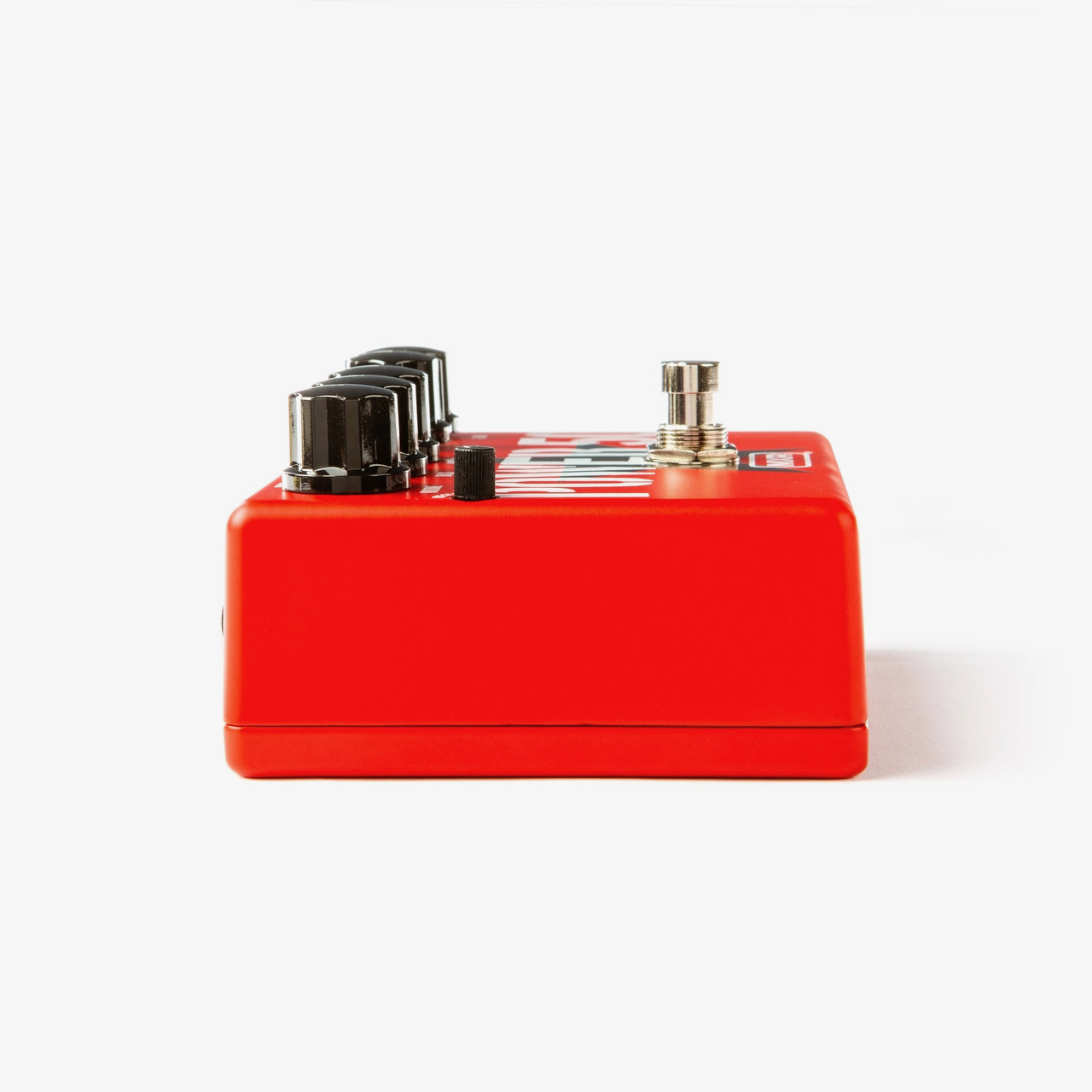 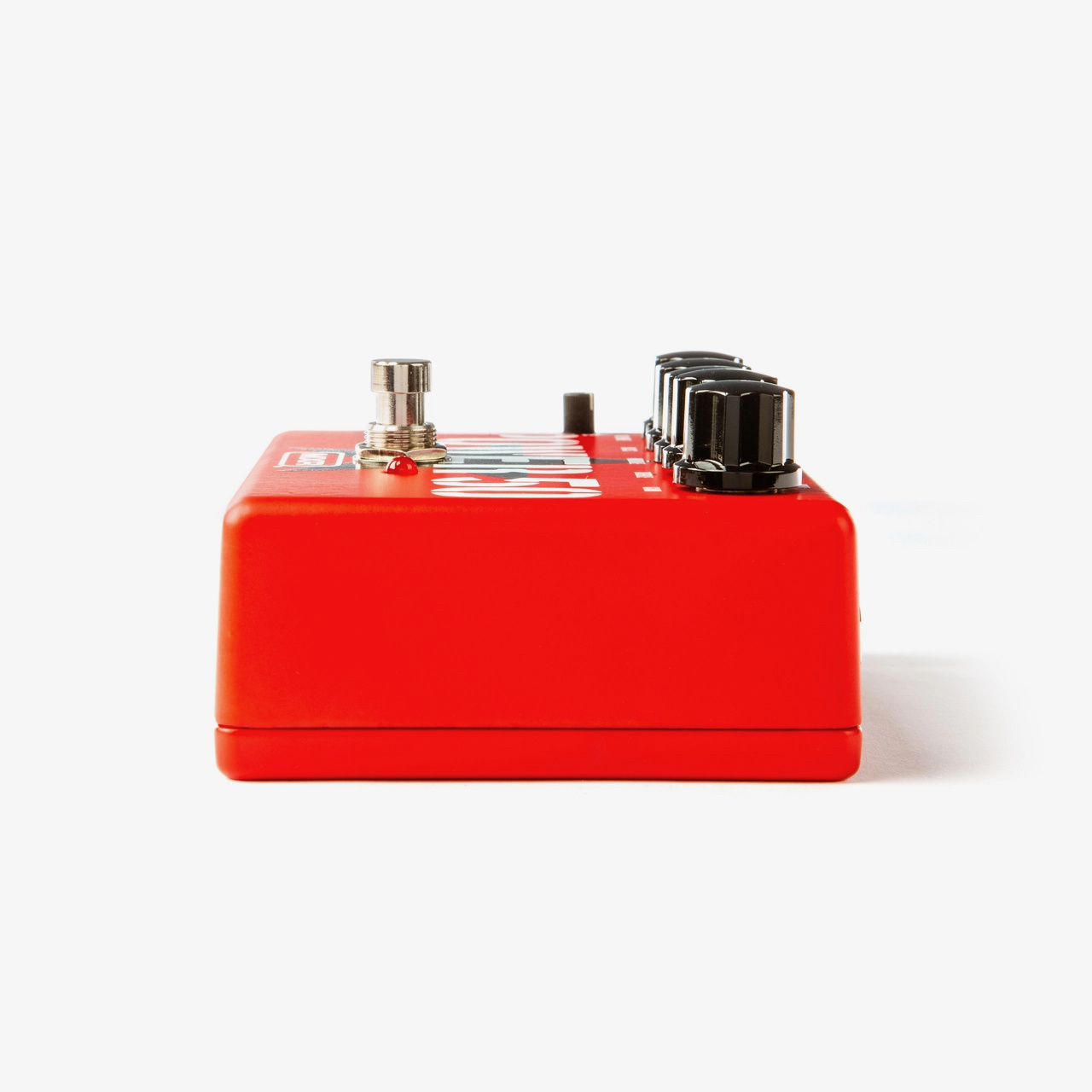 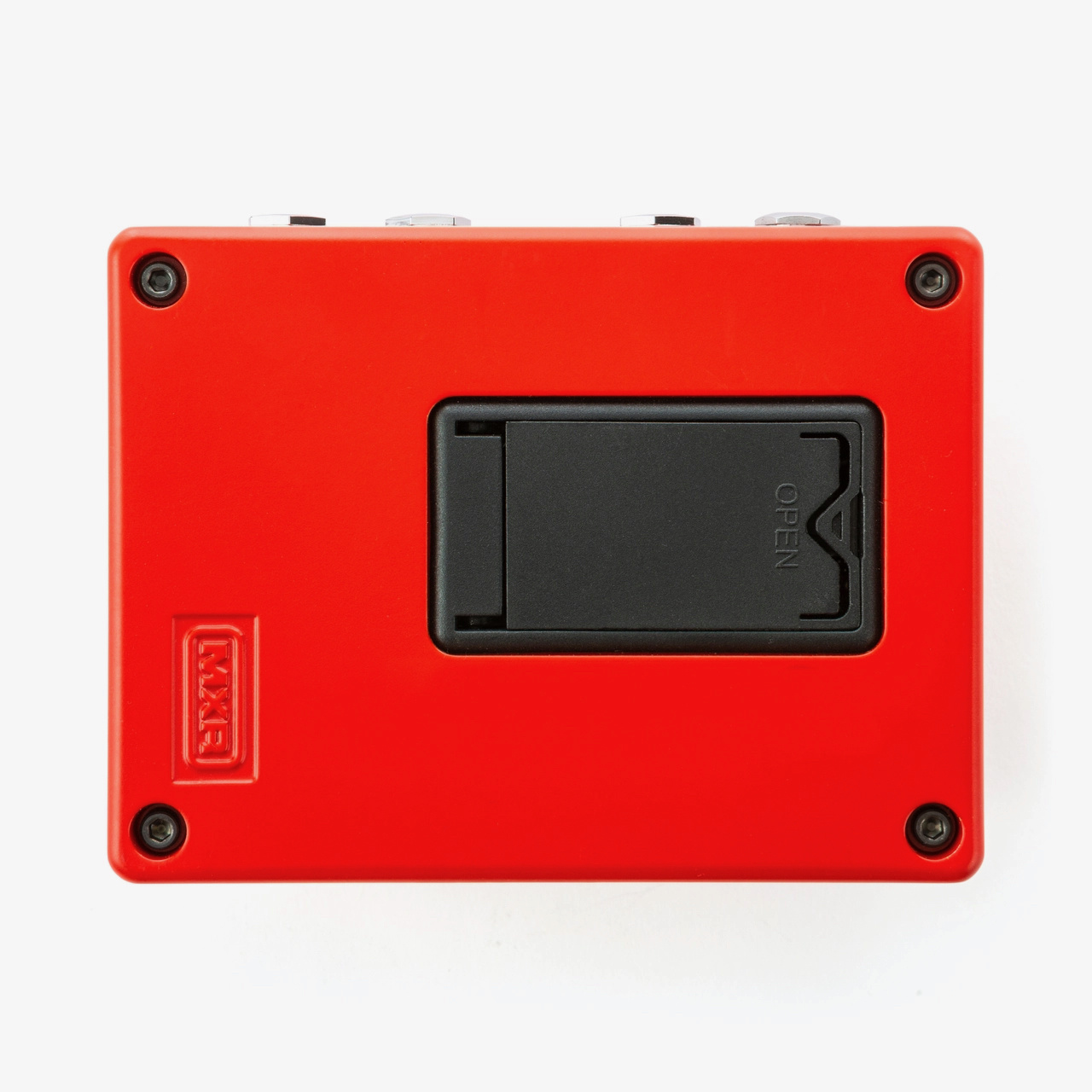 For more than 30 years, the key component of Tom Morello’s raw, hard-hitting sonic voice has been his amp setup. The MXR Power 50 Overdrive captures the sound and functionality of that setup for use with any rig. Read more...

MXR wants you to know:

For more than 30 years, the key component of Tom Morello’s raw, hard-hitting sonic voice has been his amp setup. The MXR Power 50 Overdrive captures the sound and functionality of that setup for use with any rig, whether you have a simple combo amp or a high-end custom stack.

AUTHENTIC AMP TONES RECREATED FROM THE GROUND UP.

A FULL RANGE OF CONTROLS TAKEN RIGHT FROM THE AMP.

The Power 50 Overdrive is fitted with the same control interface as Tom’s amp, featuring Gain, Bass, Middle, Treble, Volume, and Presence knobs so that you can replicate his exact settings or tune the sound to your own taste.

GET IN THE LOOP.

Tom runs all of his effects pedals through his amp’s FX loop, giving his signal chain a unique tonal twist. The Power 50 Overdrive recreates this same feature, too, so that you can give your signal chain that same character. Its own FX loop taps into the raw signal-clipping point prior to the Presence control and the custom tone-shaping at the output.

If you have the Cry Baby® Tom Morello Wah, this is where you can nail Tom’s wah tone. Slip it into the harmonically rich loop, and start riding that rocker pedal to recreate his aggressive yet tonally balanced voice-like sweeps. Running the Cry Baby Wah before the Power 50 Overdrive will produce an overall more subtle wah effect, while running it after the Power 50 Overdrive will give you a very pronounced high-end response when you hit the toe-down position.

The FX loop is perfect for a live setup, too—if you keep the Power 50 Overdrive engaged for your “always on” sound and run your pedal chain through the loop, you don’t have to worry about tweaking levels for a bunch of different pedals every time you play a different bar or club. Just adjust the Power 50 Overdrive’s interface to accommodate venue acoustics.

THE OUTSPOKEN VOICE OF A MODERN ICON.

The MXR Tom Morello Power 50 Overdrive faithfully recreates one of the most iconic guitar tones of the modern rock ’n’ roll era. Tom used a half stack to hone that sound, and now, you can put it right on your pedalboard.

“The Power 50 Overdrive emulates the amp setup that I’ve used since 1988,” he says. “I’ve made 21 studio albums, and that amp, that head, and that speaker, and that tone has been on 21 of them. It’s been my signature identifiable sound since Day One of my career. If you want to have the sound that has been on those records, you don’t need to find an amp and speaker cabinet from 1988. You can get that sound with the Power 50 Overdrive, no matter what your setup is.”